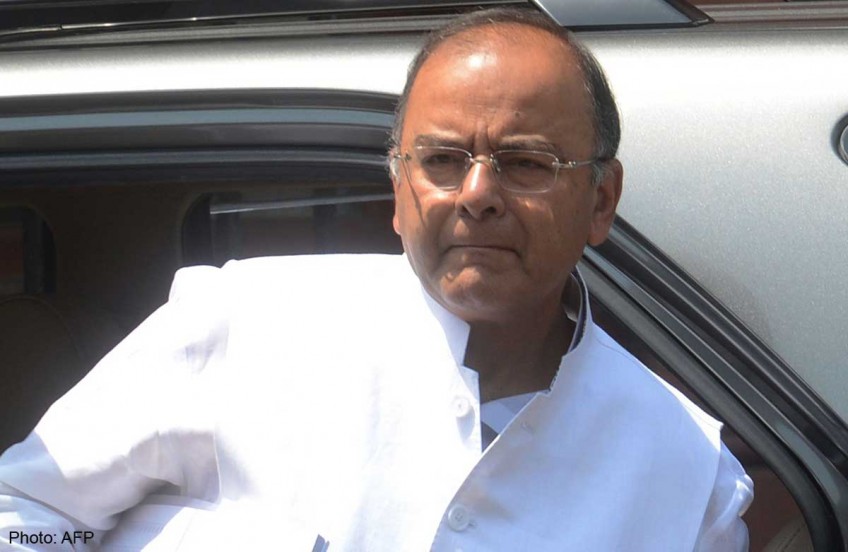 When India's new Prime Minister Narendra Modi named Mr Arun Jaitley as not just his finance minister but defence minister too, some political pundits in Delhi resorted to a popular line from a 1990s Bollywood hit to light-heartedly explain the turn of events: "He who loses to win is called a gambler".

It may not have been a very apt analogy as Mr Jaitley is anything but a gambler. But he had certainly lost in the parliamentary elections, the first he was contesting, but still won the Cabinet sweepstake with not one but two plum portfolios.

The appointment, observers said, was as much a tribute to his credentials as it was a testimony to the trust Mr Modi placed in him.

Last week, Mr Jaitley sought to justify the faith shown in him by presenting the new government's first Budget, which aims to rescue the economy and put India back on the path of growth.

The election loss was seen as a rare miscalculation by someone who is described as a practical, pragmatic and intelligent politician. Mr Jaitley, analysts said, believed the assurances of Akali Dal, the ally of his Bharatiya Janata Party (BJP), and contested from the northern state of Punjab ruled by the Akalis even though he faced a tough contest. Had he run from his home city of Delhi, he would have won without much effort, they said.

Notwithstanding that blemish on his record, Mr Jaitley's career is a story of self-scripted success by a first-generation politician from an ordinary middle-class background.

"He is certainly one of the most intelligent politicians in the country," said former BJP member Sudheendra Kulkarni, who was also a director in former BJP prime minister Atal Behari Vajpayee's office and had seen Mr Jaitley at close quarters.

"He is very quick to grasp things," he told The Straits Times. "Therefore, even though he does not come from a background of finance or economics, he took on the job and produced a reasonably good budget... though the time was short and he had to shoulder the responsibility of two heavy ministries."

Mr Jaitley, 61, was born into a family that moved to India from Pakistan after the sub-continent was partitioned in 1947. His father was a lawyer.

He was drawn to students' union politics when he was an undergraduate at Delhi's Sri Ram College of Commerce and went on to become the president of Delhi University students' union in 1974 as a representative of Akhil Bharatiya Vidyarthi Parishad, a right-wing students' group closely linked to the BJP.

In 1975, he was arrested and jailed for 19 months, along with a host of opposition politicians, after then Prime Minister Indira Gandhi declared a state of national emergency, and suspended civil liberties to counter campaigns against poor governance and corruption.

"For many like me who underwent emergency experience in Delhi and successfully fought against it, this became a turning point in our lives. The emergency was perhaps the best political education of my life. It taught me that some compromises were just not possible," Mr Jaitley wrote on his blog last month to mark the 39th anniversary of the event.

After commerce, he studied law and began practising as a lawyer at the age of 25. He joined the BJP when it was formed in 1980 and rose in the organisation.

Mr Jaitley was briefly a solicitor-general, and represented global firms Coke and PepsiCo in India. When the BJP came to power in 1999, he was made junior minister for information and broadcasting, and went on to hold various portfolios, including commerce and law.

A powerful speaker known for his debating skills and thorough research, Mr Jaitley came into his own when he was named BJP's leader in the Upper House of Parliament in 2009. From being a back-room strategist who helped the party win state elections, he became one of the main faces and spokesmen for the party.

Mr Jaitley also stood by Mr Modi when the latter was chief minister of Gujarat state and that is seen as a reason for his rise.

"I am not surprised by his success because I know how close he was to Modi," said political columnist and author Tavleen Singh. "He is one of the people Modi trusts and there are not many of those."

Mr Jaitley is married to the daughter of a Congress leader, and has a son and a daughter. Friends said he is a man of many interests. He likes to sport expensive watches and holiday abroad. He is also a cricket enthusiast and has been involved in the administration of the sport.

Incidentally, he is also the richest minister in Mr Modi's Cabinet, with a personal fortune of 1.1 billion rupees (S$22.7 million).

Although a loyal member of the Hindu nationalist BJP, his views are anything but radical, said a friend who has known him since college. "I would describe him as a man of the world with a rightist viewpoint. He is a hardcore politician with a catholicity of views," the friend said.