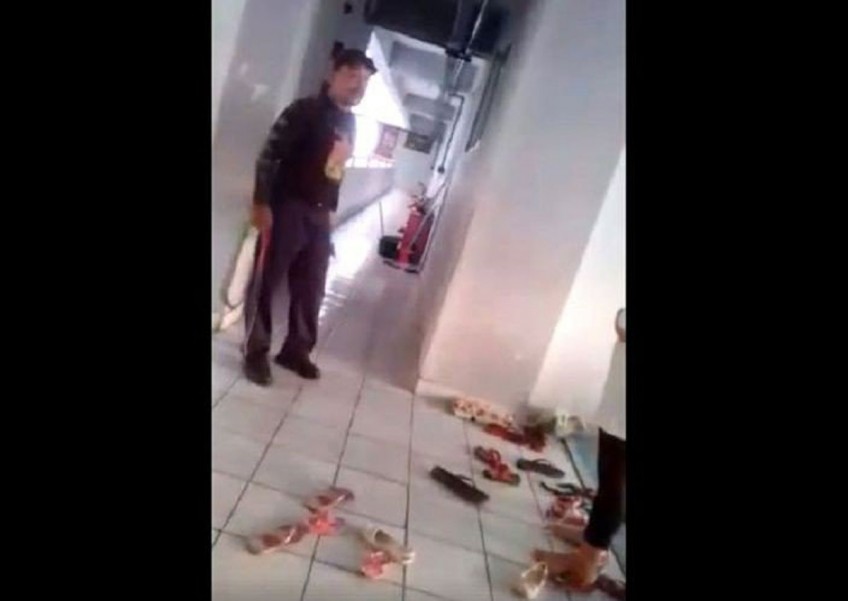 M. Nasoem Sulaiman is captured in a video recording while attempting to disperse a children's church service at Pulogebang low-cost apartment in East Jakarta on Sept. 21.
Kompas.com

M. Nasoem Sulaiman, also known as Joker, whose violent act of dispersing a Christian children's service at a low-cost apartment in Pulogebang, East Jakarta, was captured in a video that went viral recently, was reportedly attacked by a group of men on Sunday.

The management head of the apartment, Ageng Darminto, said on Tuesday that Joker had been beaten by a group consisting of four to five men.

As reported by kompas.com, the incident happened after Joker attended a mediation meeting with the apartment management and the police during which he apologised for dispersing the service.

Joker was taken to the hospital after the attack.

East Jakarta Police are investigating the case to find the perpetrators.

Previously, video footage showed Joker carrying sharp weapons and shouting at a group of children and their parents attending Sabtu Ceria (Saturday service) at the apartment. The man, who claimed to be the "coordinator" of the compound, also spoke ill of former Jakarta governor Basuki "Ahok" Tjahaja Purnama.

Joker, who is a handyman in the compound, later apologised and wrote a letter stating he regretted his act and pledged to not repeat it.

He claimed that his fury had been prompted by his exhaustion after working on the building.