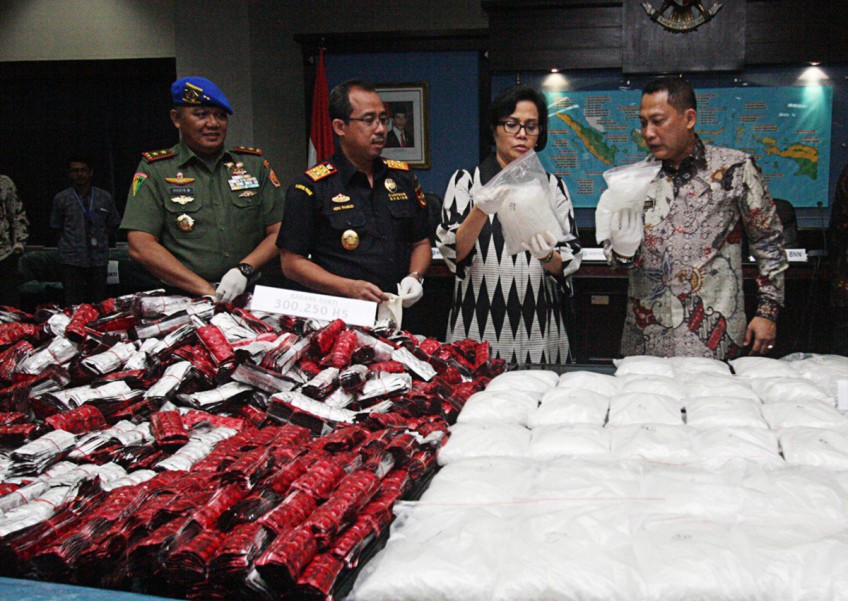 The Jakarta Police have thwarted an attempt to smuggle 17 kilograms of crystal methamphetamine hidden inside Chinese tea products, kompas.com reported on Sunday.

The drug syndicate attempted to cover the crime by fronting as a pharmaceutical business.

"From the suspect RZ, we seized 3 kilograms of crystal meth inside three packages of Chinese tea products branded Guanyingwang," Suwondo said in Jakarta, as quoted by kompas.com on Sunday.

From their investigation into RZ, the police obtained information that the crystal meth was sent from Pangandaran, West Java.

Suwondo said 15 kg of the drug was hidden inside tea products, while the other 2 kg were packed in 33 small plastic containers.

The concealed drugs were kept in a house in Sindangasih village of Banjarsari district, Pangandaran.

"The drugs were ready to be distributed," Suwondo noted.

He added that during the arrests, police also confiscated three cars suspected of being purchased using money made from drug trafficking.