Jakarta's air pollution worse than Bangkok, better than Manila: WHO

Jakarta's air pollution is worse than Bangkok, but not the worst in Southeast Asia, data from the World Health Organisation (WHO) has revealed.

Jakarta and Bangkok are notorious for their traffic jams. Fuel emissions from slow-moving motorized vehicles contribute to air pollution.

The WHO's latest report contains a database of the latest measurements of pollutant particles PM10 and PM2.5 in more than 4,300 cities and towns in 108 countries. Air pollution: The silent killer.Photo: Courtesy of WHO What are the sources of air pollution?Photo: Courtesy of WHO

The WHO states that 91 per cent of the world's population lives in places where air quality falls below its guideline. Outdoor air pollution causes 4.2 million deaths annually.

Read Also
9 out of 10 people breathing polluted air: WHO 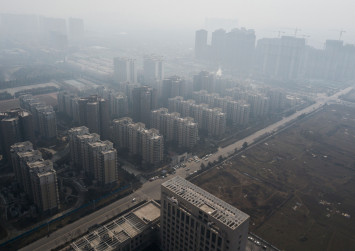