The government is close to signing a purchase contract with the owner of Mageshima island in Kagoshima Prefecture, a candidate site for field carrier landing practice (FCLP) for US carrier-based aircraft, it has been learned.

The island, which is part of the city of Nishinoomote, was selected as a candidate site by the Japanese and US governments in 2011. However, negotiations over its purchase have dragged on.

In FCLP, pilots of carrier-based planes simulate air carrier landings on land. The US military has used Iwoto island for this kind of training since 1991.

The expected conclusion of the deal is of great significance because it can help improve the environment for training by US forces stationed in Japan, while also strengthening Japan-US security arrangements.

The purchase price is expected to be ¥16 billion (S$200 million), according to sources. The Defence Ministry is expected to sign a provisional contract with a Tokyo-based development firm that owns most of the island as soon as this week. Mageshima would be handed over by the end of March.

Mageshima is about 12 kilometers west of Tanegashima island. It has an area of about eight square kilometers and no residents.

After completing the purchase, the government plans to build Self-Defence Forces facilities on Mageshima, which will also be used by the US military. The government will also consider measures to lighten the burden borne by Okinawa Prefecture in hosting US forces, such as transferring training for Osprey transport aircraft based at the US Marine Corps' Futenma Air Station. 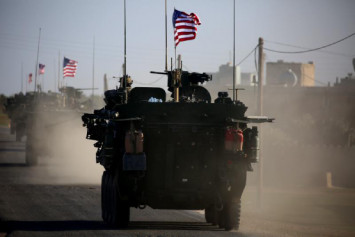 The transfer of about 60 planes in the US carrier-borne aircraft unit was completed by March last year from US Atsugi Air Base in Kanagawa Prefecture to Iwakuni Air Station in Yamaguchi Prefecture, as a measure to deal with noise issues in the densely populated areas around the Atsugi base.

However, Iwoto, where the carrier-based planes currently conduct FCLP, is about 1,400 kilometers from the Iwakuni base. That is 200 kilometers farther than the distance between the island and the Atsugi base.

To ensure the safety of their pilots, the US military asked Japan to enable them to conduct FCLP on Mageshima, which is about 400 kilometers from the Iwakuni base.

The Japan-US Security Consultative Committee, also known as two-plus-two, issued a document in June 2011 stating that Mageshima was a candidate site for FCLP. After the island's purchase, the Japanese and US governments aim to reach an agreement to make the island an official site for transferring the training during their next two-plus-two meeting, which is expected to be held in the first half of this year, sources said.