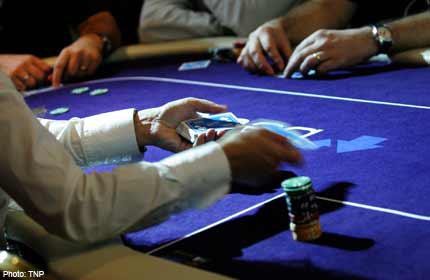 TOKYO - A Japanese gambler is taking on tax authorities by claiming his bad bets on horse races were a deductible business expense, a report said on Wednesday.

The man, a civil servant in Hokkaido, won a whopping 7.84 billion yen (S$96.2 million) over six years to 2010, but lost 7.27 billion yen in the process, according to the English edition of the Asahi Shimbun.

He declared the balance of 570 million yen as "miscellaneous income," arguing that because his other winnings were cancelled out by his losses, the losing stubbs represented a legitimate cost of his business, the paper said.

But the local tax bureau said he had failed to declare hundreds of millions of yen in income over the six-year period, in a case that is being heard at Tokyo District Court.

The issue is rare but is receiving increasing media attention in Japan, where gambling is illegal, except for gambling on selected quasi-public events, such as horse racing and boat racing.

Some dedicated punters are using specially-designed software to automatically wager huge sums of money on horse races. Experts have said proceeds from such mechanical betting should be regarded as something akin to profits made from speculative financial trading, such as foreign exchange dealing or futures trading, and not hobby gaming experiences.

In a similar case a year ago, the Osaka District Court ruled that losses on horse racing bets can be regarded as business expenses in certain circumstances. The Osaka court ruled that a man who spent 2.87 billion yen on horse racing and won 3.01 billion yen in three year to 2009, with a net win worth 140 million yen, was betting mechanically and exhaustively in ways that were more like a business rather than a fan relying on chances. The Osaka man was found guilty of tax evasion, having paid no tax on any of his winnings.

It was not immediately clear when the verdict in the Tokyo case would be handed down.