Japan to import Ebola, other deadly viruses in preparation for Tokyo Olympics

Some of the world's deadliest viruses will be studied in the suburbs of Tokyo after a local mayor approved testing despite the objections of residents.

Masaru Fujino, mayor of Musashimurayama, held talks with Takumi Nemoto, the minister of health, labour and welfare, and agreed Japan needs to know more about the viruses that cause Ebola, Lassa, Marburg, Crimean-Congo and South American haemorrhagic fevers to better protect its citizens.

The laboratory, operated by the National Institute of Infectious Diseases (NIID), is the only Japanese facility classified biosafety level four (BSL4). Experts want to study the viruses in preparation for next year's Rugby World Cup and Tokyo Olympic Games.

"We have come to a good level of understanding on the matter," Nemoto told reporters after the meeting. "It is a major stride towards protection."

The ministry has pledged to tell the local government of any accidents at the facility and eventually consider relocating.

"We plan to import these highly pathogenic viruses in order to be able to develop sensitive and specific diagnostic procedures for them," Saijo said. "Even though there have been no outbreaks of these diseases in Japan, Tokyo will host the Olympics in 2020 and there is an increased risk of one of these viruses being brought into the country."

Saijo expects the ministry to give its final approval this week.

Unsurprisingly, given the deadly risks of viruses such as Ebola and Marburg, there has been resistance to the testing.

Residents of west Tokyo have expressed their opposition to the proposal during public meetings arranged by the ministry, the most recent of which was held in May.

"It is nonsense for the government to tell us to accept the plan because of the Olympics," the Asahi newspaper quoted one resident as saying at another meeting in November. "We are worried and we cannot accept it." 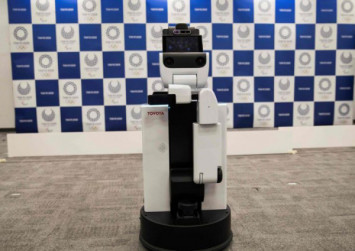 The Musashimurayama laboratory was built in 1981 and residents have long been concerned about exposure to a virus via air vents, a test animal escaping or the structure collapsing due to an earthquake. However, Saijo and his team have emphasised haemorrhagic fevers can only be transmitted through human-to-human contact so airborne exposure poses no risk.

The laboratory has been used to study the Middle East respiratory syndrome (Mers) and severe acute respiratory syndrome (Sars) coronaviruses. Currently, the 20 technicians with access to the facility are working on Huaiyangshan banyangvirus, an emerging tick-borne phlebovirus first isolated by Chinese scientists in 2009.

The virus has subsequently been identified in South Korea and Japan. There is no known cure to the illness - symptoms include fever, vomiting, elevated liver enzyme levels and eventually multiple organ failure.

"This work is extremely important and many years have passed since we started using the BSL-4 laboratory, but we do understand that we need to win the confidence of local people and the city government, which is a continual process," said Saijo, who conducted field research during the Ebola outbreak in the Democratic Republic of Congo in 2014 and has also studied Lassa fever in Nigeria.

"We understand how residents feel about our work and it is our responsibility to show them what we do is safe but I am confident in the near future we will gain their understanding," he said. "And it's important we do because these sorts of diseases are going to remain serious threats to the well-being of millions of people."