Satoshi Uematsu, suspected of a deadly attack at a facility for the disabled, is seen inside a police car as he is taken to prosecutors, at Tsukui police station in Sagamihara, Kanagawa prefecture, Japan, in this photo taken by Kyodo on July 27, 2016.

A Japanese man sentenced to death for murdering 19 people at a facility for the mentally disabled in 2016 has appealed his conviction, triggering renewed debate over the death penalty in a country where public support for capital punishment remains high.

Satoshi Uematsu, 32, was convicted in March 2020 of the murder of 19 residents at the Tsukui Yamayuri-en care centre in Sagamihara city outside Tokyo, and sentenced to death. Uematsu, a former caretaker at the facility, used knives to injure another 26 people, leaving 13 of them severely injured.

Immediately after the death sentence was meted out at the Yokohama District Court, Uematsu withdrew the automatic legal appeal to higher courts.

The request for a retrial was filed with the same court on April 1, with judges to rule on whether a retrial should be granted in the coming weeks.

The reason for the appeal is unclear, although Uematsu's lawyers claimed in the original trial that he could not be held accountable for his actions due to mental incompetence, in part from his consumption of marijuana.

But court-appointed experts had deemed him mentally fit to stand trial.

Uematsu had previously delivered a letter to the speaker of Japan's lower house of parliament in which he threatened to kill hundreds of disabled people and outlined a plan for attacks against Tsukui Yamayuri-en and another facility.

He also wrote that killing the disabled would be "for the sake of Japan and world peace".

Takeshi Ono, whose 49-year-old son Ichiya was severely injured in the attack, told the newspaper, "I am surprised. I have no words. I want to express my anger."

There has been little sympathy for Uematsu among the Japanese public, with government statistics indicating that around 80 per cent of them support the death penalty.

"That was a terrible case, to me probably the worst I can remember in Japan," said Makoto Hosomura, 68, a wine importer from Saitama prefecture in north Tokyo.

"I think most people were shocked that he managed to kill so many people, but also that he chose people who could not defend themselves.

"I think the original court ruling was correct," he said. "He showed no pity towards those people or their families, and I have not seen any remorse in anything he said afterwards. Why should anyone have pity on him now?"

Nami Suzuki, a hospital administrator from Yokohama, said: "I do not think that he will change his beliefs and he should receive the strongest punishment possible."

Online messages were similarly supportive, with one message on Japan Today that said: "This scum doesn't deserve mercy for this mass killing of the disabled."

Another read: "Please do not waste any more of our tax money on this loser", while another suggested that the final outcome will be the same and that Uematsu is "just delaying the inevitable".

Opponents of the death penalty continue their campaigns against Japan hanging inmates, with the Asahi newspaper calling for Tokyo to follow European nations and abolish capital punishment. 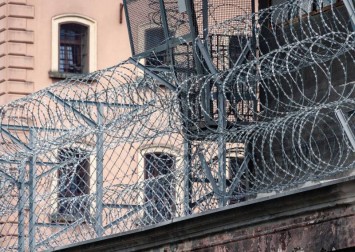 After the July 2018 hanging of the last six members of the Aum Shinrikyo cult that carried out a fatal 1995 sarin gas attack on the Tokyo subway, an editorial described the executions as "shocking".

A 2016 campaign by Japan's Federation of Bar Associations to end capital punishment by 2020 has made little headway. The movement proposed legal reforms to replace the death penalty for serious crimes with a life sentence without the possibility of parole.

"We frequently see that public calls for the death penalty rise after a heinous crime has been committed, and all the more so when the crime victim is a child," he said.

"These calls, particularly at these emotional times, seem to be more of an expression of the anger that we all feel at the crime and frustration at the fact that such heinous acts could not be prevented."

"But we should not confuse these reactions with an informed debate on what our response as a society to crime should be, to inform government policies on effective crime prevention should be," he said.

"Studies have shown again and again that the death penalty does not have a unique deterrent effect, and that public opinion pools can be influenced by several factors."

"Our calls for abolition of the death penalty should not be confused for calls for impunity for crime," he emphasised. "The death penalty is not the solution and further brutalises us as a society - and there is much more that the government should do to prevent crime and protect human rights for all."

Nakagawa points out the global trend towards abolishing the death penalty and that he "personally would like to be optimistic" that Japan might follow that trend, although he concedes that the Japanese government "appears to be determined" to retain the capital punishment.