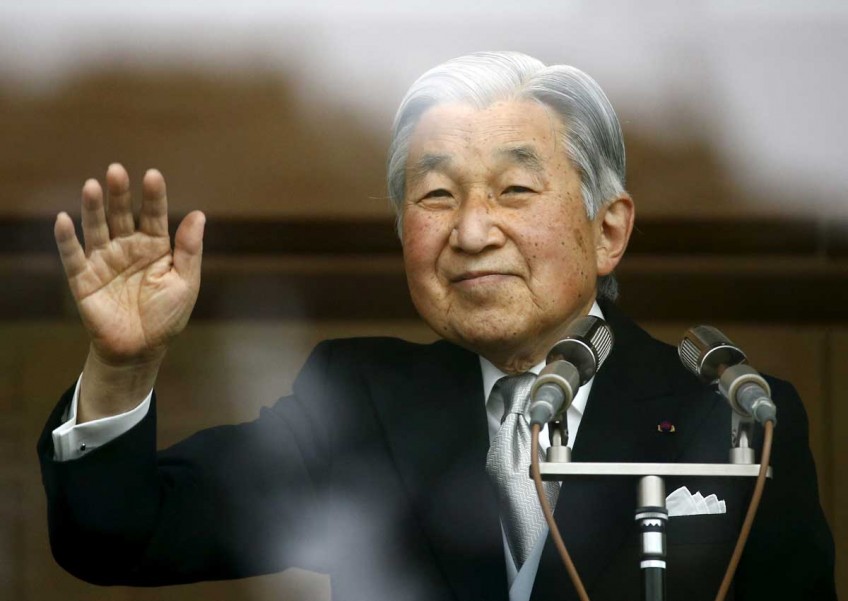 This picture shows the Sakashita-mon gate leading to the Imperial Palace in Tokyo on July 14, 2016. Japan's Emperor Akihito has no plans to step down, the imperial household has insisted.
AFP

TOKYO - Japan's Emperor Akihito has no plans to step down, the imperial household has insisted, denying reports the 82-year-old wants to abdicate, in what would be an extraordinary move for a more-than 2,600-year-old royal line.

The country's establishment was been thrown into tumult after respected public broadcaster NHK - citing palace sources - said Akihito wanted to pass the throne to his son.

Any such abdication - the first in 200 years - would be a huge shock to a country where the revered royal family symbolises stability and continuity.

Observers say NHK and Kyodo News, which separately carried a similar report, would be extremely careful before committing on such an explosive story, and would certainly have strong sourcing.

But the Imperial Household Agency, the government body that runs royal affairs, offered a categorical denial.

The emperor "has long refrained from discussing systematic issues out of consideration for his majesty's constitutional position," he told reporters.

Prime Minister Shinzo Abe declined to comment, hinting at the sensitivity of the matter, as did Yoshihide Suga, the government's top spokesman.

Akihito's role is strictly limited to one of "symbol of the state" under a constitution imposed by the United States in the aftermath of Japan's defeat in World War II.

A court official told AFP that the agency has not been discussing a possible abdication by the emperor.

However, Japan's top-selling Yomiuri Shimbun daily reported that the government has been secretly reviewing such a possibility.

There is no provision in the Japanese constitution for an abdication, apparantly a mechanism to prevent the arbitrary replacement of emperors.

Akihito's father Hirohito, in whose name Japan's military campaigns of the 20th century were prosecuted, was treated as a living god until defeat in 1945.

The throne, which Japan claims to be one of the world's oldest, is held in deep respect by much of the public, despite being largely stripped of its mystique and quasi-divine status in the aftermath of the war.

The much admired Akihito, who has suffered from numerous health issues, including prostate cancer and heart problems, publicly hinted late last year at his growing limitations in the performance of his ceremonial duties.