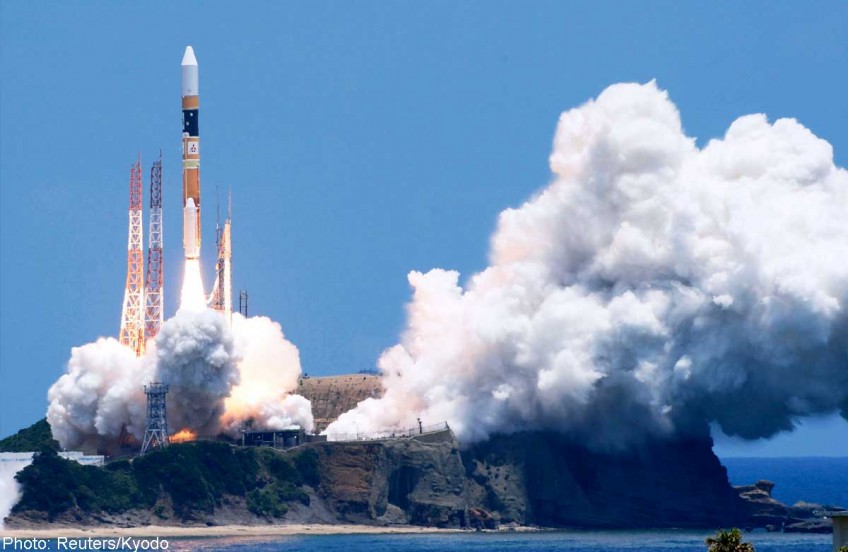 A H-2A rocket carrying Daichi-2, an all-purpose earth-surveying satellite tasked with helping to map the planet and aiding with disaster recovery, blasts off from the launching pad at Tanegashima Space Center on the Japanese southwestern island of Tanegashima, in this photo taken by Kyodo May 24, 2014. 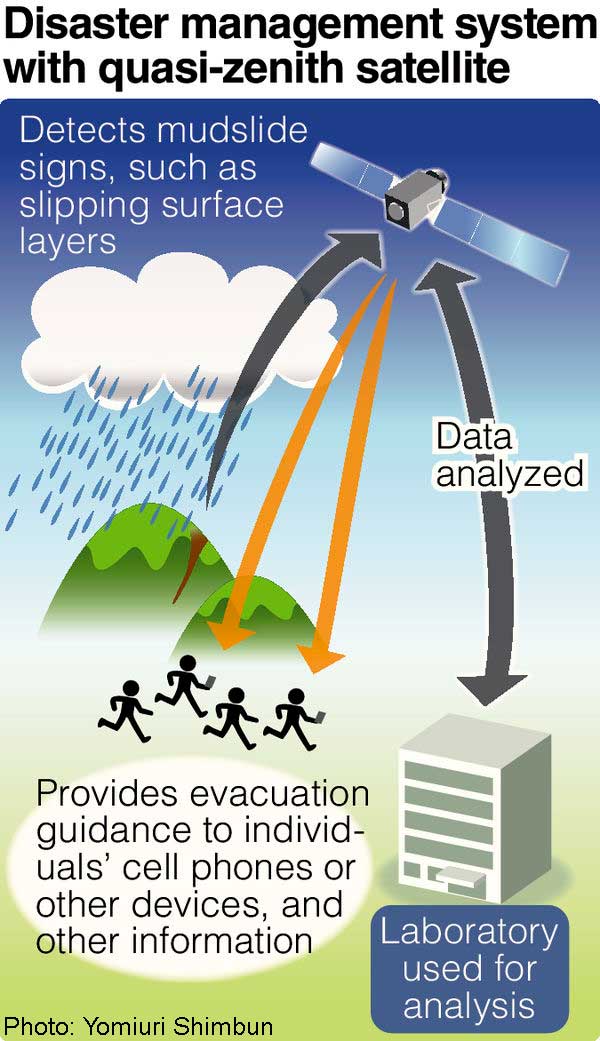 In view of a recent series of mudslides caused by heavy downpours, the government plans to develop a new disaster management system using data from Japan's quasi-zenith satellite, which can detect signs of earth and mud movements on slopes, to provide evacuation information, The Yomiuri Shimbun has learned.

The Cabinet Office and the Internal Affairs and Communications Ministry will develop the disaster management system in cooperation with the Japan Aerospace Exploration Agency (JAXA), with the satellite system expected to start a full-scale operation in 2018.

Earlier this month when Typhoon No. 8 approached the nation, downpours caused mudflows in Nagiso, Nagano Prefecture, that killed a middle school student. This tragedy added weight to a body of public opinion seeking measures to prevent such disasters, which have increased recently due to abnormal climate phenomena.

While the nation's current Global Positioning System is said to be able to pinpoint a location to within 10 meters, the quasi-zenith satellite system is expected to have higher accuracy-pinpointing a site to within several centimeters.

Using this, the government hopes to detect a slight slip of the ground's surface layer, which is said to be an early sign of a mudslide. It will consider installing sensors at one- or five-kilometer intervals in areas at risk of mudslides such as mountainous zones, where debris flow and mudslides may occur at the time of a downpour.

As the quasi-zenith satellite system can send simple messages to cell phones or other devices on Earth, the government is also considering providing more detailed information, such as safe evacuation routes and disaster information, depending on the location of cell phone users at the time.

Japan is currently operating its first quasi-zenith satellite Michibiki, which was launched in September 2010. The positioning satellite orbits over the Asia and Oceania regions in a path resembling a figure of eight.

In addition to complementing the current US satellite-based system, the government is also considering the possibility of establishing the nation's own global positioning system, the accuracy of which would be 10 times higher than the current system.