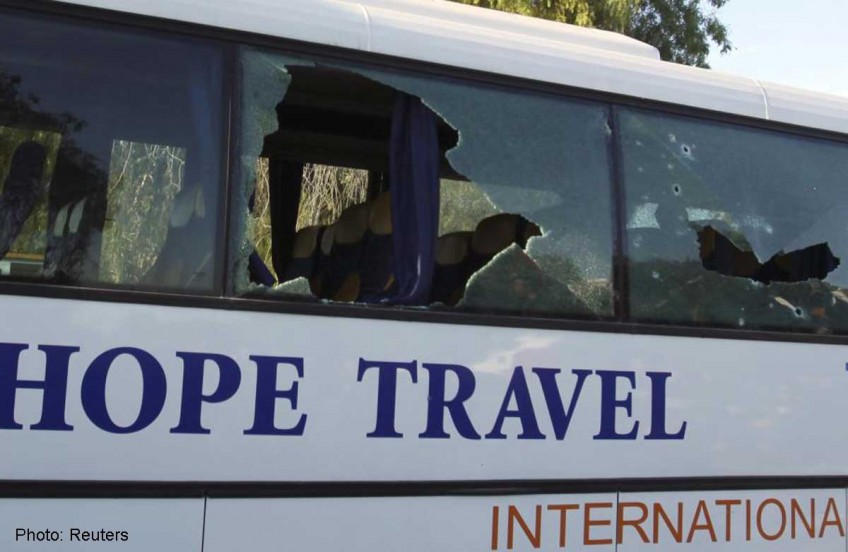 Tourist bus damaged in attack that killed 19 and wounded dozens.

Abe said he strongly condemned terrorism and it could never be forgiven.

Earlier, Foreign Minister Fumio Kishida said one Japanese citizen had been killed and three were wounded in the attack in which 17 foreign tourists and two Tunisians were killed.

Kishida said Japan would fight terrorism in cooperation with the international community.

The attack in Tunisia was one of the worst militant attacks in a country that had largely escaped the region's "Arab Spring" turmoil.