The Fuji Kaiyu limited express train in Fujiyoshida, Yamanashi Prefecture, with Mount Fuji in the background.

One of the highlights of East Japan Railway's latest timetable changes was the roll-out of this new limited express service, which takes passengers directly from Shinjuku to Kawaguchiko Station in Yamanashi Prefecture, located near the famed Mount Fuji, in just under two hours.

Fuji Kaiyu runs with Kaiji, another limited express service, to Otsuki Station in the prefecture, before separating to continue its run on the Fujikyuko Railway Line.

According to the Yamanashi prefectural government, the area received about 32.16 million tourists, including domestic tourists, in 2017, thanks to an increase in the number of foreign visitors to Mount Fuji, a Unesco World Heritage site, and to Lake Kawaguchi.

Read Also
Tourism in Osaka, often overshadowed by Tokyo, is catching up 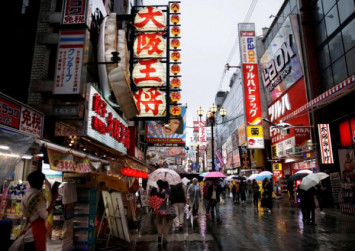 This was a record high for the sixth year in a row.

To reach this area via limited express services from Shinjuku Station, passengers previously had to change trains at Otsuki Station, except for direct services available only on holidays.

A 35-year-old American tourist from Arizona used the new service last Saturday. Upon arriving at Kawaguchiko Station, he said it was convenient to be able to get to Mount Fuji in two hours without changing trains. The ride was very comfortable, he added.

JR East also aims to increase the use of its Shinkansen bullet train services through the latest updates.

The Joetsu Shinkansen line, for example, travels to many ski resorts popular with foreigners, such as Gala Yuzawa in Niigata Prefecture.

The latest E7 series, which provides a smoother ride, has now been deployed for some services on this Shinkansen line, while GranClass super luxury seats are also available to make travel even more pleasant.

In the service areas covered by West Japan Railway, the full length of its Osaka Higashi Line has now opened, offering direct services between Shin-Osaka Station, a Shinkansen stop, and Nara Station in about an hour.

Previously, tourists heading for Nara had to change trains at Osaka or Kyoto stations. It is hoped that the Osaka Higashi Line will provide better accessibility to bring more tourists to visit Todaiji temple and other tourist spots in Nara. 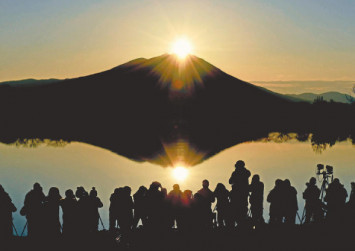 Designed by Kazuyo Sejima, an architect who has worked on an annex to the Louvre Museum in France, among other projects, the train has a rounded lead car and expansive windows.

"This provides a space to enjoy the scenery of Chichibu and other natural sites along the line," Mr Sejima said at a departure ceremony held at Ikebukuro Station last Saturday.

Also that day, Tobu Railway launched a new limited express named Kawagoe Tokkyu, which cuts the time between Ikebukuro and Kawagoe Station in Saitama Prefecture to 26 minutes at the shortest.

Some of its cars are decorated with Japanese-style paintings depicting Kawagoe, which is known as "Little Edo".

The city received about 280,000 foreign visitors in 2018, mainly from Thailand and China.

"The exterior of the train cars can also be a highlight of their trip," a Tobu official said.

According to the Japan National Tourism Organisation, 31.19 million foreign tourists visited Japan in 2018, an 8.7 per cent increase from 2017 and the first time the figure has topped 30 million.

The figure has nearly tripled since 2013, when it passed 10 million for the first time.