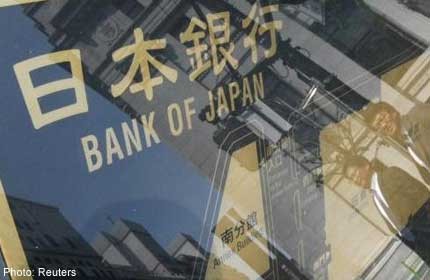 TOKYO - Japan should delay a planned hike in the sales tax in order to ensure that the economy emerges from deflation, said Nobuyuki Nakahara, a former Bank of Japan board member and close confidant of Prime Minister Shinzo Abe.

Nakahara told Reuters the sales tax hike, scheduled in April, should wait until the autumn of next year, when inflation will likely have taken root.

"(The scheduled tax hike) would have a serious negative impact similar to the Bank of Japan's 2006 exit from quantitative easing and zero interest rates," he said.

He also warned that the pursuit of fiscal reform at this time could cause the yen to strengthen, reversing a weakening of the yen under Abe's policies that has boosted exports.

The current tax hike plan, backed by Finance Minister Taro Aso, would increase the rate to 8 per cent from 5 per cent next April, and raise it further to 10 per cent in October 2015.

Abe has been silent over whether he will proceed with the tax hike as planned, saying only that a decision will be made in the autumn after looking at various economic data.