A suspicious increase in the number of foreign companies purchasing plots of land close to Japanese military installations has prompted Tokyo to consider restricting such sales.

At least 80 plots of land close to Japanese military bases have been sold to either Chinese or South Korean companies in the last decade or so, a government panel has found, and an official within the Cabinet Secretariat says the transactions appear to be rising.

“We first started closely monitoring these sales seven years ago, but the situation has become much more acute in the last few years,” said the official, who declined to be identified.

“Work is under way on the outline of a basic policy and that will be completed before the end of this year,” the official said, adding that the agency was looking into deals the length and breadth of Japan.

“One of the proposals is for a more complete examination of the reason for the purchase of the land by a foreign company, something that is not specifically required at present,” the official said.

“That means that at the moment, we do not have a clear understanding of the buyer’s objective, but we do not believe it can be a coincidence [that the land is close to sensitive military sites],” he added. 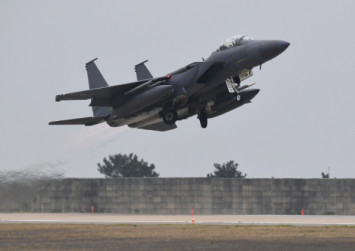 In late 2016, a Chinese corporation was planning to buy 2.4 hectares of land on the remote island of Taketomi, one of the most southerly islands in the Okinawa archipelago and just 170km from the Senkaku Islands, which Japan controls but which China claims sovereignty over and knows as the Diaoyus.

The town council stepped in at the last minute to buy the residential land so that it did not fall into foreign ownership, but that has not happened elsewhere.

More than 8 hectares of land were obtained by a Chinese company just 3km from the Japan Air Self-Defense Force’s Chitose Air Base in Hokkaido. The transaction was raised for discussion by the local government, but officials declined to comment to the South China Morning Post about the sale or what the land was presently being used for.

A South Korean company in 2013 bought a piece of land alongside the Maritime Self-Defense Force’s radar facility on the islands of Tsushima, off Nagasaki Prefecture in southern Japan.

The island is around 50km from the coast of South Korea and its strategic location has long made it a critical outpost for the Japanese military.

To further complicate the problem, there are some in South Korea who claim the island should be recognised as part of the Korean peninsula and, since 2005, residents of the town of Masan have staged a festival in June demanding the return of Daemado, the Korean name for the island.

It was this deal that first caught the attention of Japanese officials and aroused suspicions that there may be an ulterior motive behind such transactions.

“When the Korean investor bought the land on Tsushima, we began to look into the legal issues, but the additional cases have prompted these proposals,” the official said.

Part of the problem has been determining whether a purchase is a legitimate development project or whether the company doing the deal is fronting for another entity, he said.

“We cannot answer whether the Chinese government is behind some of these deals because it is often difficult to trace a purchase back to the real investor or find a connection to the government because there can be layers of front companies involved,” the official added. 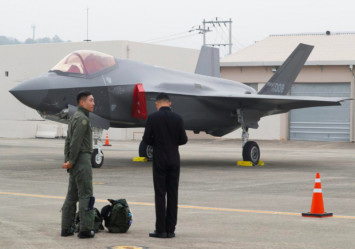 Garren Mulloy, a professor of international relations at Japan’s Daito Bunka University and an authority on defence issues, said the Japanese authorities had good reason to be concerned.

“For any country in the world, when you have a foreign firm that appears to be a shell company or some other entity that is buying land close to your defence establishments, then you have cause for concern,” he said.

Some of these deals might turn out to be genuine business opportunities, he said, such as the Korean firm that bought land on Tsushima, as there was little likelihood of Japan and South Korea engaging in military action against each other. But deals with other countries might seem more concerning to Tokyo.

“Chinese firms are far less open to scrutiny than those in other countries and they are ultimately beholden to their government,” Mulloy said.

Government officials declined to comment on whether any Russian companies might also be looking to purchase land in sensitive areas, but Mulloy said it was likely in parts of northern Hokkaido that face Russia.

Some 5,000 square metres of land close to a Self-Defense Force radar and signals monitoring base on the outskirts of Wakkanai was in 2016 sold to a foreign firm that reportedly wanted to develop the site for wind power turbines, although none have as yet been built on the site. Mulloy said that would be of concern to the Japanese military.

“The signals monitoring station there is focused on tracking Russian chatter in the region, but we know that militaries dislike wind turbines being placed close to their facilities as they can interfere with low-level radar,” he said.

Should any of the sites have been obtained by the militaries of a foreign power, the most likely reason was to conduct close-range signals monitoring, Mulloy said.

In the event of an incident in the region – a foreign military aircraft entering Japanese airspace or another North Korean missile launch, for example – there would be a sharp increase in military communications that could be monitored and provide intelligence on the frequencies used, where the messages originated and were sent and what responses were triggered.

“They would be looking for patterns in the communications and any weaknesses that could be exploited,” he said. “That is why the security of bases such as those in Hokkaido and Okinawa is so critical.”