People walk past an advertisement for a massage parlour in Tokyo's Kabukicho red-light district.

A teenager in Japan, who worked as a street tout recruiting women into Japan’s sex industry, made a career-ending blunder when he approached an attractive woman in Fukuoka’s Hakata district.

She turned out to be an undercover police officer.

According to local media reports citing police sources, the 17-year-old had attempted to convince the policewoman to make sex videos as a way of earning income during the coronavirus pandemic.

“There are women who are short of cash at the moment because of the coronavirus crisis,” he said.

“So I figured I would do her a favour and offer her work in the sex industry or in adult videos.”

The teenager, who has not been named as he is a minor, admitted to police that he was working for a company that was on the lookout for new faces for the industry, the Nishi Nippon Shimbun reported.

He would identify likely-looking targets in the crowds of the city’s nightlife district, single out a woman who fit the profile and say: “My company handles everything from hostess bars to adult videos. Would you like to work for us?” 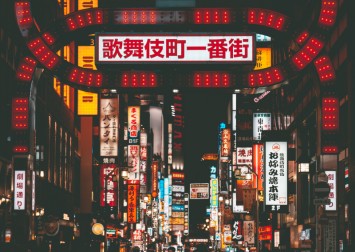 The teenager’s touting activity was, however, in contravention of Fukuoka’s ordinances in nuisance prevention, laws that were intentionally drawn up to deal with just this sort of situation.

The first public nuisance law to halt illegal street touts was introduced in Tokyo in 2008 due to complaints that women were being bombarded with offers of work in the sex industry in districts such as Shibuya, Shinjuku and Ikebukuro, all of which have thriving red-light areas.

The concept was adopted elsewhere in the country, including Osaka and Sapporo, and was quickly credited with a sharp downturn in the number of complaints reported to police.

Another tactic that backfired on the street touts was when they told women that they could become famous and make a lot of money because they looked like a famous actress.

When agencies began to file suits against touts and the companies that they worked for, that approach swiftly ended.

With the economy in dire straits, unemployment rising and incomes dropping, it appears that the touts are back on the streets looking for potential new recruits.

One particular 17-year-old from Fukuoka, however, will not be among them.

During police questioning, he said he was “unemployed”. He is now.