The decision of the Chinese authorities to close a vast replica of the ancient Japanese capital of Kyoto built in Dalian on the grounds that it is an example of “cultural invasion” has come in for heavy criticism in Japan, with many commentators claiming Beijing is using the incident for its own political ends.

Critics say this is just the latest such effort by Beijing to use the two nations’ often fraught shared history to denigrate Japan and cast the country in a negative light.

Some of the most strongly worded criticisms of the decision called it “racist”, reflective of “jealousy”, an example of communist propaganda and even part of a “cultural revolution”.

The Tang Little Kyoto project, a cultural and residential scheme in the Jinpu New Area of Dalian, opened in mid-August and was proving extremely popular with visitors until it was ordered to close at the end of the month.

It is part of a 600,000 square metre complex that broke ground in 2019 and is expected to be completed in 2024. However, sections of China’s online community likened the 6 billion yuan (S$1.2 billion) project to a “cultural invasion” by Japan.

Others linked opposition to the timing of the venue’s opening, which fell shortly before the Sept 18 anniversary of the Manchurian Incident of 1931, in which Japanese troops blew up a railway as a pretext for the invasion and occupation of Manchuria.

Many Japanese expressed dismay at what they saw as entrenched attitudes that would be impossible to change.

Go Ito, a professor of international relations at Tokyo’s Meiji University, said China’s “ambivalence” to its near-neighbour was disappointing, but could be traced to anger that was deliberately kept simmering by the government to externalise public discontent combined with a degree of jealousy.

“There is a sense among some Chinese that they would like a similar income to the average Japanese, the same spending power, the high-quality goods that are available here, a standard of living that most Chinese still do not enjoy,” he said.

“They may dislike the Japanese, but some may be jealous of their lifestyle,” he added. “The problem for the government is that some aspire to that and those feelings can be heightened when they visit this Japanese-themed town.

“The Chinese government does not want its citizens aspiring too strongly for a Japanese way of life.”

Chinese tourists made up the single largest nationality arriving in Japan in the years immediately before the coronavirus pandemic hit the travel industry. A record high of 9.6 million Chinese visited in 2019 and the initial popularity of Tang Little Kyoto suggests that many have an interest in Japanese culture and buying Japanese products.

And as soon as the pandemic travel restrictions are lifted, it is likely that the Chinese will once again make up the bulk of overseas arrivals in Japan.

Others suggested that would not stop the Chinese authorities from demonising Japan.

A Twitter post accused Chinese authorities of “racism ” and of carrying out a “cultural revolution”. Another claimed, “The Chinese Communist Party drums up hatred against an external enemy to keep people busy and distract them from complaining about local problems,” adding those protesting at the venues were “only the mouthpiece of the CCP”. 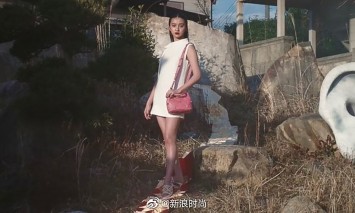 Some have suggested that one way of responding might be to boycott – or for the authorities to close – the similarly popular Chinatown districts in the Japanese cities of Yokohama and Kobe.

“I wish the world would take note and force all cities in the world to close their Chinatowns,” said one poster on Twitter. “I wonder how fast it would [be before] Chinese netizens called that racist and called for a boycott.”

Kanako Hosomura, a housewife from Yokohama, said she had long been a regular visitor to restaurants in the city’s Chinatown but feared that resentment might worsen between Chinese residents and Japanese visitors if something was not done to calm the growing tensions.

“I’ve always enjoyed my trips to Chinatown and it would be a pity if something like this made some people worry about going there,” she said.

“The news reports said the Japanese village in Dalian was really popular with local people, so I don’t think most Chinese have a problem with speaking with or meeting Japanese,” she said. “It would be nice if all sides could put the past behind us.”