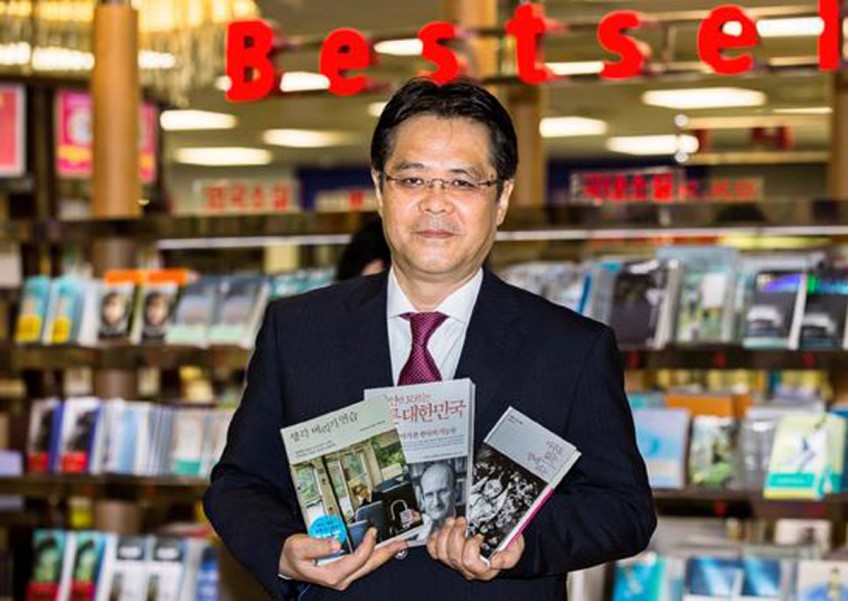 SEOUL - The popularity of Japanese culture in South Korea seems to be higher than many Japanese people imagine. Many South Koreans read translated versions of Japanese books, from works by Haruki Murakami to collections of essays. A Japanese businessman who entered the publishing business in his 40s is one of the key promoters of this trend.

Takahiro Kanzawa, now 54, is the director of Korean-based publisher Book 21 Publishing Group. He said the gap in values between Japanese and Koreans has narrowed recently. In an interview with The Nikkei, he talked about his motivation and goal of publishing translations of Japanese books.

The company has sold nearly 400,000 copies of the Korean version of "Shinutoki ni Kokai Suru Koto 25" ("25 Regrets of Life"), written by Japanese medical doctor Shuichi Otsu. Kanzawa believes the popularity of the book stems from growing concern in South Korea over its graying society, just as in Japan.

Book 21, founded in 1990, is a rather newcomer in South Korea's publishing industry. Kanzawa, in charge of publishing translations of Japanese books, has produced a lot of best-selling books for his company. These include "Nazotoki wa Dinner no Ato de" ("The After-Dinner Mysteries") by Tokuya Higashigawa, and "Kangaenai Renshu" ("Practice Not Thinking") by Ryunosuke Koike.

The company has become a major publisher in the country, with 130 employees and annual sales of 24.4 billion won (S$30.3 million).