A 57-year-old Japanese man, who is a self-proclaimed former member of a gang in the Yakuza criminal syndicate, has been arrested for attempting to smuggle drugs to Japan, Crime Suppression Division (CSD) chief Pol Maj-General Jirapop Phuridech told the press on Wednesday.

The suspect, Kazuhiko Ono, who denies the charges, was accused of having asked a friend on March 2 to carry a golf club set on a flight to Japan, which turned out to be stuffed with crystal meth or "ice" and ecstasy pills.

The friend grew suspicious about the suspiciously heavy old golf clubs and alerted the Japanese Embassy that he may be used for narcotics smuggling. The embassy then coordinated with the CSD on March 5 to investigate this case, said Jirapop.

A warranted search of Ono's Bang Kapi condominium yielded a tiny amount of marijuana, one estacy pill and 4 grams of ice, so the man was arrested. 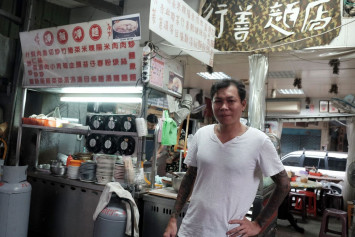 He said the drugs were for his own use but said he did not know how the golf clubs contained narcotics. Police quoted Ono, who had been residing in Thailand for nearly 10 years with a retirement visa, admitting that he was a former member of a Yakuza gang, which resulted in him chopping off his own left little finger after a failed mission.