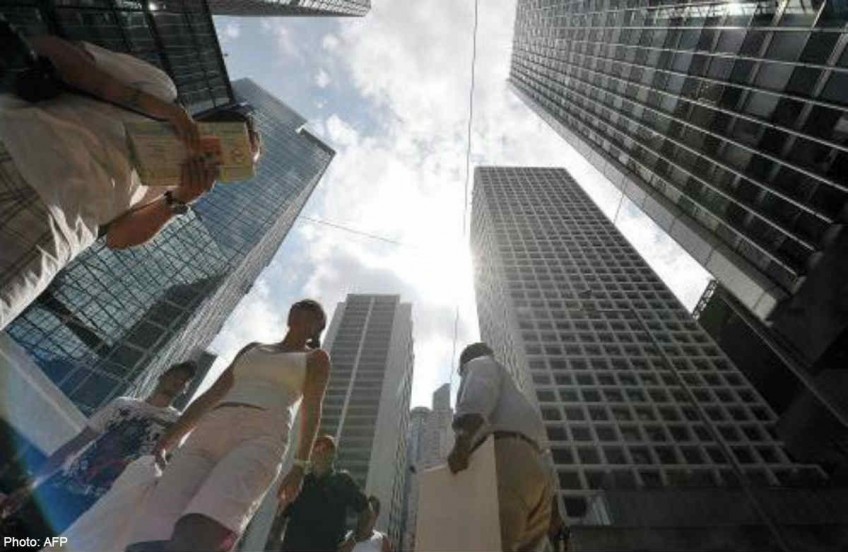 People cross the street in the Central Business District of Hong Kong. Japan's direct investment in China declined significantly in the first half of this year as ties between Asia's top two economies remained under stress.

Japan's direct investment in China declined significantly in the first half of this year as ties between Asia's top two economies remained under stress.

Between January and June, FDI from Japan slumped 48.8 per cent year-on-year to $2.4 billion, the Ministry of Commerce said in Beijing on Tuesday.

Bilateral relations deteriorated after Japan announced a decision to "nationalise" China's Diaoyu Islands in the East China Sea in September 2012. And the situation worsened amid a controversy over Japanese Prime Minister Shinzo Abe's visit to the Yasukuni Shrine in December last year.

In 2012, Japan's direct investment in China rose 16.3 per cent to $7.38 billion. But last year, the inflow from Japan contracted 4.3 per cent to $7.06 billion, according to the ministry. Zhang Jifeng, director of the Japanese economy department at the Institute of Japan Studies, a division of the Chinese Academy of Social Sciences, said the continued icy relationship "accounted for the largest stake" in the plunge of Japanese investment in China.

The slowing Chinese economy and rising labour costs are not helping matters, but it's the political climate that has entrepreneurs worried, he said.

"Entrepreneurs are still waiting and watching ... They're profoundly aware of the connection between the political climate and their commercial performance (in China). They don't want to put their assets at risk," Zhang said.

Japan's Kyodo News Agency said in a commentary that small and medium-sized businesses in Japan have been abandoning plans to explore the Chinese market out of concern about the worsening relationship.

Meanwhile, labour costs in coastal China have increased 10 to 20 per cent each year, diminishing the country's appeal, the agency said.

Jin Baisong, an expert at the Chinese Academy of International Trade and Economic Cooperation, said that given the huge pressure of public opinion, bilateral economic ties are "unlikely to proceed smoothly while the big picture is so negative".

Jin said: "It is impossible for two major powers to forge a relationship that solely consists of economic contacts. (Problems) in the political arena definitely will trigger a spillover effect in the economic domain. It's just a matter of time."

In contrast to the pessimism of Japanese investors in China, China's investment in Japan rose 100 per cent year-on-year in the first half, even as China's overall outward direct investment slid 5 per cent, said the ministry.

In the first half of this year, China's overall FDI inflows increased 2.2 per cent to $63.33 billion, with the June inflow edging up just 0.2 per cent to $14.42 billion, said the ministry. Shen Danyang, a spokesman for the Ministry of Commerce, said that foreign companies in China will continue to enjoy "great opportunities" and FDI inflows will maintain steady growth throughout 2014.

"In the near future, China's FDI inflow will probably enter a new phase marked by restructuring and slow growth. Foreign investment centering on the Chinese market offers bright prospects following the opening of the service sector, although foreign investment oriented toward exports and manufacturing will further decline," Shen said.

He added that China's ODI will increase about 10 per cent this year.

China's export growth should show marked improvement in the second half of the year compared with the first six months, the Ministry of Commerce said on Tuesday.

Shen Danyang, spokesman for the ministry, said China is likely to achieve its 7.5 per cent growth target for trade if it puts in some effort.