They say love knows no boundaries.

That philosophy holds especially true for these men, who can now marry anime characters in a Virtual Reality (VR) wedding.

" target="_blank">LADBible, the trend started due to the VR game, Niizuma Lovely x Cation. In this game, players are able to create meaningful relationships with one of the three characters.

The wedding ceremonies are created to make the entire experience more realistic and enjoyable.

Reactions have been mixed. Some felt disgust.

Others were plain confused.

One cited this phenomenon as the reason for Japan's ageing population.

Others took a more sympathetic stand.

Here, one Japanese tried to explain the real situation.

Remember that this is not the first time a Japanese marries a virtual character.

In 2009, a Japanese gamer married a video game character from the Nintendo DS game, Love Plus.

And just recently, along the same lines of artificial intelligence (AI), there have been stories about men and their love for their sex dolls and robots.

Looks like the blurring of the lines between virtual and reality is getting closer and closer. 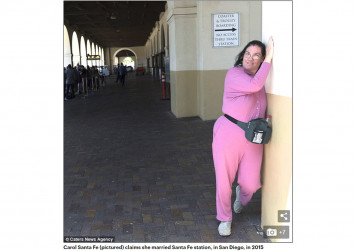