A medical worker fills a syringe with a dose of the Pfizer-BioNTech Covid-19 vaccine at Tokyo Medical Center on Feb 17, 2021.

In the early stages of the Covid-19 pandemic, Japan's pharmaceutical companies boasted that they would quickly find solutions – including the development of vaccines – to deal with the global health crisis.

Nearly three years on, however, those lofty ambitions have largely fallen flat.

Instead, medical industry insiders say the country's laggard status in this respect has served to highlight how it has fallen behind other developed nations in medical advances as well as a host of other areas of scientific research.

Some have expressed concerns that the lack of a home-grown vaccine – and the inability of local researchers to act fast enough to react to new pathogens – could prove costly as new variants emerge.

The panel of experts set up at the outset of the health crisis to advise the government reported on Wednesday that an eighth wave has begun, with weekly cases up 40 per cent.

The peak of the seventh wave topped 260,000 daily cases in August, and experts suggest that figure is likely to be eclipsed.

The Ministry of Health announced that it is close to being able to deliver a Moderna vaccine specifically designed to counteract the BA.5 Omicron variant, complementing a similar drug produced by Pfizer and being rolled out in Japan. In total, the ministry will be able to deliver an estimated 102 million doses targeting Omicron.

Critics point out, however, that Japan should have been able to keep its promise to be the first to develop a vaccine and that does not bode well for a nation that has one of the most rapidly ageing populations in the world and will increasingly need to develop cutting-edge medicines and treatments to keep up with demand.

"There are several reasons why Japan failed to produce a drug, but I think the most basic issue is funding," said Yoko Tsukamoto, a professor at the Health Sciences University of Hokkaido.

"There is not enough financial support from the government for companies that are developing new medicines, and they cannot be expected to suddenly develop a drug when a crisis happens after being underfunded for years," she told This Week in Asia. "It doesn't work like that. 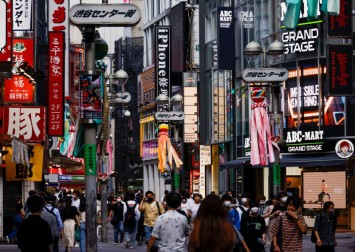 "Yes, the Japanese government did put up money, but not nearly as much as other countries.

"On top of that, all the best medical researchers are leaving to work outside Japan because pharmaceutical companies here won't or can't pay them enough," she said. "They can go to the US or Europe and make a lot more money" and its where most vaccines have come over the past 20 years, she added.

As early as April 2020, the Japanese government was actively promoting the anti-influenza drug Avigan as a solution to the virus. Originally developed by Toyama Chemical, it was approved for sale domestically in 2014, although tests during development showed it can cause elevated blood uric levels and cause deformities in the unborn young of animals.

As a result, clinical tests were never conducted on women who were known or suspected to be pregnant, meaning the possible side-effects were never fully determined.

Nevertheless, then-Prime Minister Shinzo Abe was immediately enthusiastic about the drug in part, it was suggested at the time, because China was also reported to be making progress on a drug.

The implication was that a degree of national pride was at stake and Abe foresaw Japanese knowledge and expertise curing the world of the pandemic.

The plan met stiff resistance from the Ministry of Health, however, because comprehensive clinical trials were never completed and the ministry was desperate to avoid a repeat of a number of scandals in recent years involving unanticipated side-effects from medication.

Work to prove the efficacy – and safety – of Avigan continued until March this year, when trials were quietly halted because tests proved inconclusive and the Omicron variant was milder than previous strains, even if it was more easily transmitted. 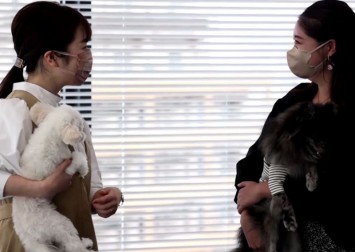 The failures of Japan's medical research do not end there, critics argue. A study by the Centre for Research and Development Strategy showed that Japan ranked 16th globally in terms of scientific papers about the coronavirus, with 1,739 published.

According to the Asahi newspaper, those figures left Japan as the worst-performing nation in the Group of Seven . The US and Great Britain were the top nations overall, followed by China in third.

Even more alarmingly, when the quality of the papers was assessed by leading medical journals, such as The Lancet and Nature, Japanese scientists' rankings fell from 18th in 2020 to 30th in 2021.

An official of a leading Japanese pharmaceutical firm agreed that domestic firms had failed when it comes to the coronavirus.

"The government says it fully supports innovation in the healthcare sector, yet Japanese firms were completely absent from the extraordinarily fast creation, testing and production of coronavirus vaccines," said the official, who declined to be named as he was not authorised to speak to the media.

"Now, there is deep concern about the international competitiveness of Japanese drug companies," he said. "But to get back to being innovative is going to take time, money and a change of attitude at Japanese companies and the government. If that does not happen, Japan will effectively be reliant on imports of advanced medicines."