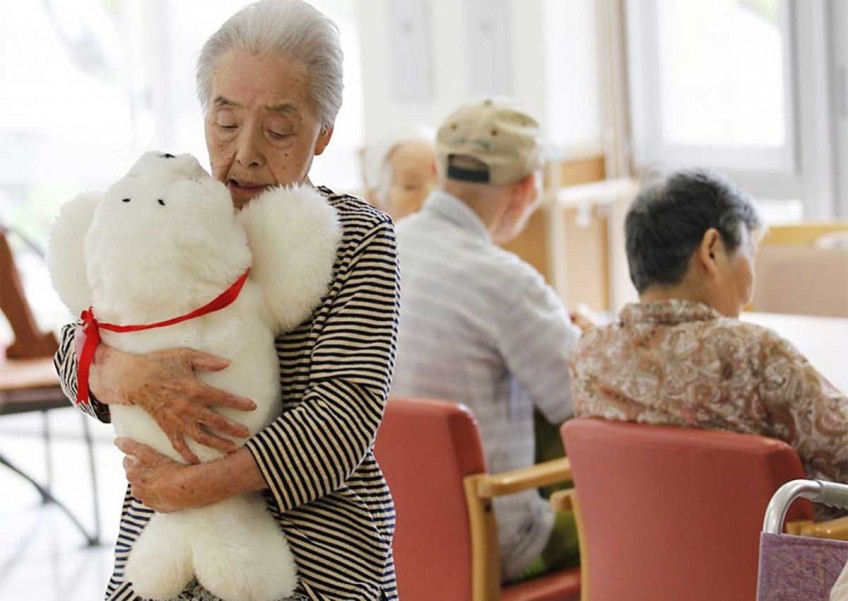 Prime Minister Shinzo Abe plans to drastically increase the number of special nursing homes for elderly people, in a bid to prevent working people from having to leave their jobs to provide nursing care.

Abe pledged during the presidential election for the Liberal Democratic Party earlier this month to reduce to zero the number of people who have to quit their jobs to care for another person.

According to informed sources, the government has established a goal of reducing the number of elderly people in need of full-time nursing care who are waiting to enter special nursing homes to zero by the early 2020s. It will boost the funding for building such homes from the initial budget for fiscal 2016, the sources said.

Abe announced the plan at a press conference Thursday as one of the most important policies for social security reform.

Based on Abe's announcement, the government reportedly will create a "national conference" including representatives from the economic and labour circles to discuss measures to address the falling birthrate and aging population, and prevent a decline in the labour population.

About 520,000 elderly people across the nation were waiting to enter special nursing homes in fiscal 2013. Among them, about 150,000 people required long-term care at level 3 or higher, meaning they were unable to take care of themselves on their own and were waiting at home to enter special nursing homes. The government aims to reduce this waiting list of 150,000 people to zero, the sources said.

As a specific measure to increase the number of special nursing homes, the government will utilize the "fund to totally secure regional medical and nursing care," established with increased revenue from the consumption tax hike, according to the sources. The fund allocated ¥72.4 billion (S$859 million) for nursing care for fiscal 2015.

To secure financial resources for the social security system, the government is likely to discuss the issuance of non-interest-bearing, inheritance tax-free government bonds (see below), which are expected to encourage people to use savings they have stashed at home, the sources said.

The inheritance tax on the nominal value of these bonds is waived at the time of inheritance. They do not bear interest, but they are expected to stimulate "dormant assets," as many people will likely use savings they have stashed at home to purchase the bonds. The government will also benefit, as it does not need to pay interest. However, some are cautious regarding the bonds: An official at the Finance Ministry said issuing the bonds "could lead to the forgiveness of past tax evasion."