Insulting someone on the internet could now land you in prison in Japan, as the country's parliament amended laws imposing harsher penalties for online insults.

Legislation to stiffen the existing penal code was passed by the Diet on Monday (June 13), with anyone convicted of using abusive language to insult a person in a public setting, including online, now facing up to one year behind bars or a fine of up to Y300,000 (S$3,000).

Previously, a conviction for an online insult or accusation not based on fact could have led to a maximum prison term of 30 days or a fine of Y10,000.

On Thursday, a 22-year-old man indicted by Tokyo prosecutors was the first person to face a stiffer punishment for allegedly slanderous online comments.

Tokyo prosecutors have indicted the man, who has not been named but is from Aichi Prefecture in central Japan, for posting comments on social media that allegedly slandered Takuya Matsunaga, whose wife and young daughter was run down and killed by an elderly driver in Tokyo in 2019.

Local media have reported that the man claimed in his posts that Matsunaga was only taking the driver to court because he wanted money and attention.

The case will be closely watched due to the public outcry that has surrounded soaring cases of online abuse and bullying in recent years, in particular, the suicide in May 2020 of Hana Kimura, the 22-year-old star of a reality television series who killed herself after becoming the target of a torrent of online abuse.

A professional wrestler who appeared in the Netflix programme "Terrace House" Kimura was a popular addition to the show but started attracting negative online comments on social media after an incident with a male member of the house. It was later claimed the clash was at the behest of the programme's producers to boost ratings.

The backlash against Kimura was rapid and fierce; users on Twitter and other social media sites demanded that she immediately leave the show and accused her of being "stupid". More than one post said she should kill herself.

In a press conference after the revisions to the law were approved, Kyoko Kimura, her mother, expressed relief.

"The existing law has not served as a deterrent and is unreasonable," she said. "My overwhelming feeling now is 'Finally!'"

She warned, however, that the new law is "not the end" of the problem, adding, "It is really just the beginning. How punishments are handed down will depend on the behaviour of each and every one of us."

Vickie Skorji, director of the Tokyo-based TELL Lifeline and counselling service, said there has been a clear uptick in cases of online bullying during the last couple of years, but the revisions to the law are a "step in the right direction."

"The world is not in a very healthy state at the moment, due in large part to the pandemic and the problems that has caused, and it probably will not be in a good place for several more years given that we are now facing some serious economic challenges," she said.

"People are burned out, they have experienced pressures and stresses like never before and we know that bullying is happening in schools and on social media sites.

"What happened to Hana Kimura really focused attention on the problem, along with a flood of other actors and celebrities coming out with similar tales of online abuse, so I feel this is certainly a step in the right direction."

It is undeniable, however, that Japan has lagged significantly behind other nations in this area, she added.

"When you look at the US, the UK and a lot of other developed countries, it is clear that rules and regulations about exactly what can and cannot be said, what constitutes hate speech or bullying are there and well laid out. 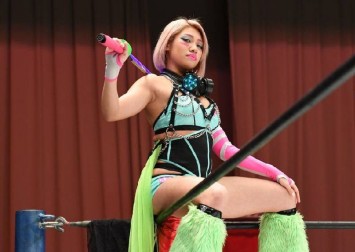 "But in Japan, the issue is still in its infancy," she said. "They are clearly trying to do something and that is positive, but this is not going to solve the problem overnight.

"What it will do is let people know that this sort of thing is inappropriate and signal that there will be consequences," Skorji added.

The updated legislation does have its critics, however, with some saying the provisions of the law are too vague on what actually constitutes online slander or bullying.

Some opposition politicians and the Japan Federation of Bar Associations say the revisions could restrict the freedom of expression and even be used by the government to limit criticism of its policies, with one lawyer pointing out to CNN that an offhand comment posted online that the prime minister "is an idiot" could lead to a prosecution.

Others say authorities should instead be pressuring social media companies to stamp out online abuse.

Chisato Kitanaka, an associate professor of sociology at Hiroshima University specialising in harassment and domestic violence issues, says changes are certainly needed to regulate the online space, but other approaches might be more effective.

"But I feel that does need to be some regulation of this space, so another possible way of doing that might be through the authorities working closely with the social media companies to halt bullying and attacks on people," she added.