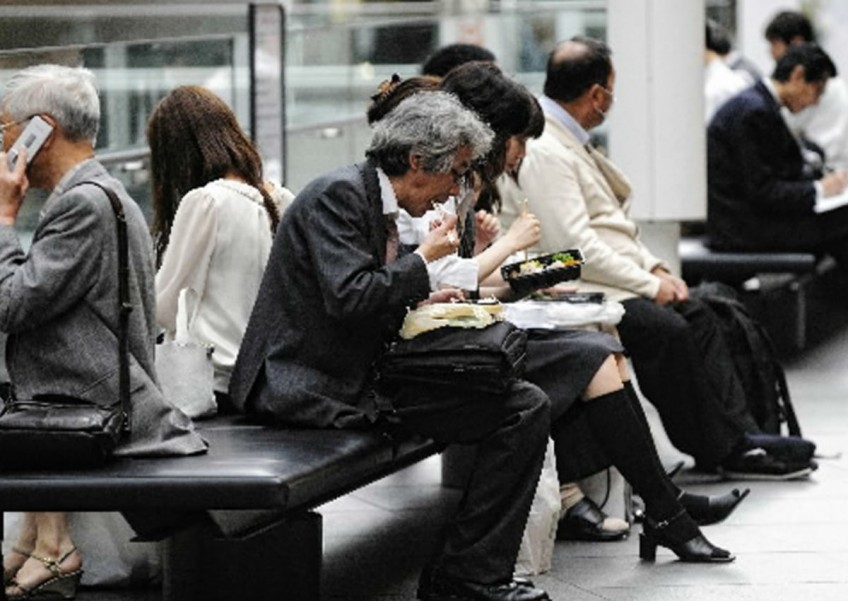 Japanese salarymen are struggling to get by on the monthly allowance they receive from their wives, which has fallen to its lowest level in decades, a survey showed.

Despite frequently being the sole breadwinner, many Japanese husbands hand over their entire wage to the woman of the house, who often manages the family's bills and balances the books.

The nation's army of male office workers, known for their punishing work hours, now have just 37,873 yen (S$496) to play with a month, according to a survey by Tokyo-based Shinsei Bank.

That is the third lowest in the lender's annual survey, published Wednesday.

It is also way down from the heady days of the late 1980s and the early 1990s when the economy was booming and husbands enjoyed the high life with 77,725 yen a month, said the bank, which has surveyed men's allowances since 1979.

A weak economy and tepid pay rises are forcing many households to target discretionary spending, including husbands' pocket money.

To keep a lid on expenses, the average man budgets 587 yen for lunch every day, data from some 1,000 men aged between their 20s and their 50s showed.

Monthly costs for after-work drinks - often almost compulsory bonding sessions with their colleagues - come in around 11,765 yen, up 50 yen from last year.

Japan has suffered years of deflation that have seen prices stagnate or fall. This means that the same amount of money buys more today than it did in the early 1990s.

Falling prices may sound good for shoppers but it tends to hurt the economy as consumers put off spending to get goods cheaper down the road.

Japan's prime minister Shinzo Abe swept to power in late 2012 on a pledge to beat the deflationary spiral but the plan, dubbed Abenomics, has faltered.