SEOUL - Fugitive businessman Low Taek Jho, also known as Jho Low, has been implicated in a scandal here where sexual services were allegedly arranged by YG Entertainment head Yang Hyun-suk for foreign investors during dinner parties, according to an investigative TV programme reporter.

Munhwa Broadcasting Corporation's programme Straight which aired late Monday (May 27) alleged that Yang hosted dinner parties and procured prostitutes for two wealthy investors - Low Taek Jho, a Malaysian fugitive sought by the authorities in Malaysia, Singapore and the United States in connection with the 1MDB scandal in which US$4.5 billion (S$6.2 billion) was allegedly embezzled from the state investment company, and a man from Thailand - in July 2014.

Twenty-five women, including more than 10 prostitutes from an adult entertainment establishment with close ties to YG, and eight men were with Yang, according a witness who spoke on the TV show.

"The wealthy people who attended the gathering at that time were from abroad. They needed a person who could interpret English and get on well with them naturally. Hwang was from the US, so she was invited to some (of the gatherings,)" the reporter told the radio. 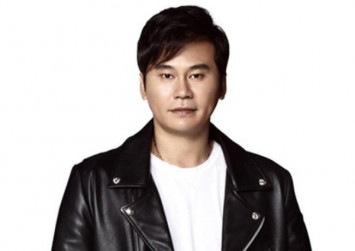 Hwang, the former fiancee of K-pop star Park Yoo-chun, was indicted on suspicion that she sold and used methamphetamine in 2015, 2018 and early this year.

The reporter also mentioned a Madam Chung, whom he claimed has close ties to Yang as well as politicians and tycoons, as having supplied prostitutes to the dinner gatherings.

In Monday night's episode, Straight aired an interview with a woman who claimed that she was raped by a Thai man. The man, who was accompanied by an executive of a YG subsidiary YGX, raped the woman at the club Burning Sun owned by former Big Bang member Seungri and had been investigated for the allegation, according to the TV show.

The police dropped the rape investigation, the TV programme said.

They have assured that the case will be investigated to determine the facts, if necessary.