President Joko “Jokowi” Widodo has reminded the national Covid-19 task force and committee as well as provincial leaders across the nation to balance efforts aimed at containing the coronavirus with efforts to revive economic activity.

“I’d like to once again ask the committee, the task force and the governors to balance everything related to Covid-19-handling and the economy,” Jokowi said in a Cabinet meeting on Covid-19 handling and economic recovery in Jakarta on Monday, as quoted by antaranews.com.

The President went on to say that, in general, the country had started to apply a “throttle and brake control” strategy in curbing the virus spread while managing the economy.

Jokowi further said that, as per Sunday, Indonesia recorded 12.78 per cent in active cases, which was lower than the global average that sat at 28.41 per cent.

In the meantime, Indonesia had also seen a better average recovery rate, sitting at 84 per cent, while the global average was at 69 per cent.

Jokowi readdressed Indonesia's economy in the third quarter that contracted by around 3 per cent. This figure marked an improvement from the second quarter, which saw a year-on-year contraction of 5.32 per cent. 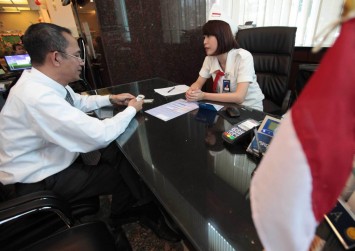 “We have to continue improving so we will have a better figure in the fourth quarter,” he added.

Addressing the economic recovery, the President demanded his subordinates to focus on job openings. “Give extra attention to everything related to job openings. At this point, we need to increase domestic spending by pushing small and medium enterprises as well as big businesses to keep on running.”

He said he saw budget spending in several programs proceed well, stating that, in the wage subsidy program, 82 per cent of the funds had been dispersed, while spending on capital subsidies for micro businesses had reached 79 per cent.

With regard to the planned national vaccination program, Jokowi told his subordinates to optimise dry runs at the regional level.

In Monday’s meeting, the President requested an update on vaccine procurement. 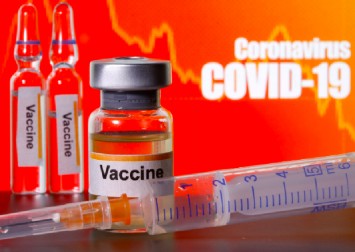 “I need to have a report on vaccines. When will we receive them? [...] Also, [I need an update on] our readiness to organise the vaccination. How far along are our preparations in terms of distribution process and cold chain, as well as the process in the Indonesian Food and Drug Monitoring Agency [BPOM] in relation to the issuance of emergency use authorisation [for the vaccine],” he added.

Previously, the BPOM said it would not authorize emergency use of a Covid-19 candidate vaccine in December because of a lack of data on its effectiveness.

However, the agency has offered an alternative restricted vaccination program through a “compassionate use” provision, where a potential vaccine, despite unproven efficacy, may be used in a limited capacity.

BPOM head Penny Kusumastuti Lukito told lawmakers on Tuesday that, during an inspection of Sinovac Biotech facilities in China, her agency had obtained data from the first two phases of the candidate vaccine’s clinical trials. The data from the final stage of testing, taking place in Indonesia, would be available in late November.