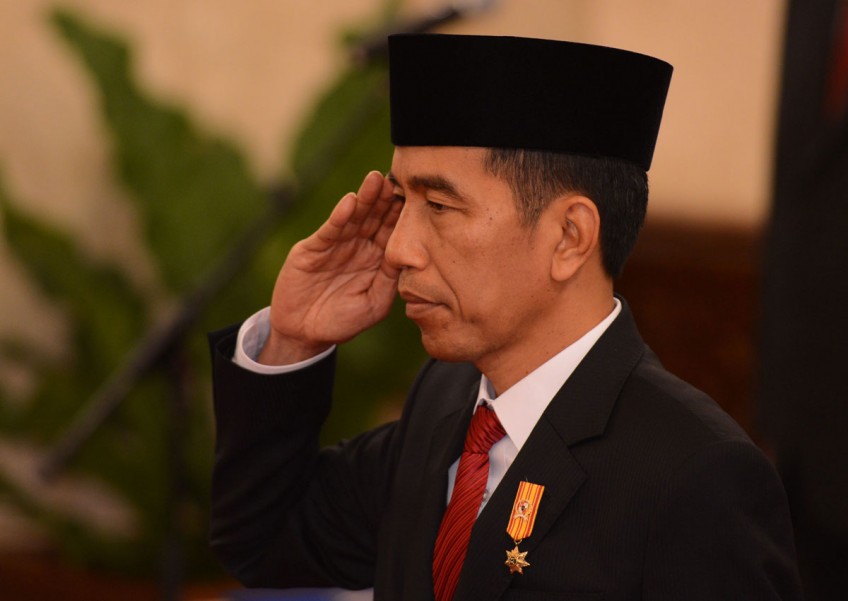 The key highlight of Indonesian President Joko Widodo's maiden visit to the United States will be the meeting with his American counterpart.

This is because, like Mr Barack Obama, Indonesia's seventh head of state campaigned strongly on a theme of change during the presidential election last year.

However, at the top of Mr Joko's agenda will be to convince corporate America that Indonesia is open for business and can be a massive new market, especially for tech firms hungry for an alternative to China.

His chief of staff Teten Masduki told The Straits Times on Wednesday that Indonesia is serious about driving its under-achieving economy forward and the key to doing so is to attract foreign investments.

Indeed, there is an urgency for an influx of foreign investors to help boost growth in the country of more than 250 million people, with a median age of 28.4.

Associate Professor Leonard Sebastian of the S. Rajaratnam School of International Studies (RSIS) noted that Mr Joko's visit comes at a time when Indonesia's economic growth slipped to a six-year low in the second quarter and its currency, the rupiah, fell to the weakest level against the US dollar in 17 years, levels not seen since the Asian financial crisis.

"This means that a requirement to foster deeper business linkages and the need for greater US investment in Indonesia will dominate his agenda. He will aim to reassure US investors that Indonesia will not be protectionist and remains open for business," said Prof Sebastian, who coordinates RSIS' Indonesia programme and is an author of several Indonesia-centric publications.

Mr Joko will spend three days in Washington, DC, where he will meet Indonesians living or working in the country before running the gamut of events in the US capital.

This includes meeting lawmakers, speaking at The Brookings Institution and attending a gala dinner to be held in his honour by the US Chamber of Commerce, which executives from more than 250 companies, most with links to Indonesia, are expected to attend.

Mr Obama, who spent part of his childhood in Jakarta and has a strong following in Indonesia, will host Mr Joko at the White House on Monday. "His persona means that he should be able to develop good rapport with President Obama," said Prof Sebastian, of Mr Joko.

On his last day, Mr Joko will travel to San Francisco where he will meet, among others, representatives from Apple, Facebook, Google and Microsoft, as well as fund managers and venture capitalists.

Foreign Minister Retno Marsudi told The Straits Times that Mr Joko plans to introduce Indonesia to those firms "as the largest digital economy in South-east Asia".

"Our President is a do-er and he wants concrete results out of the visit," she said.

More than 15 deals are expected to be signed between businesses from both countries and four memoranda of understanding will be inked between the two governments, added Madam Retno.

Her ministry's director-general for American and European affairs, Mr Dian Triansyah Djani, said the agreements to be signed between the leaders include co-operation on defence, science and technology, promotion of sustainable aviation fuel, energy and maritime, including maritime security, economy, fishery, safety and navigation.

While the business dimension will be the focal point of the visit, there is also the importance of engaging the US to work with Indonesia to help shape constructive great power dynamics in the region, particularly in the South China Sea, said Prof Sebastian.

He added: "Pragmatism, though, will be the order of the day as China is aggressive in terms of trade offers and investment co-operation with Indonesia due to the convergence of China's Maritime Silk Road and the Indonesia's Global Maritime Fulcrum."

Indonesia, however, has maintained that it is not directly involved in issues regarding the South China Sea, but has encouraged the use of dialogue to resolve any disputes.