A series of fraud cases have been reported that target Japanese female junior high and high school students, who get ripped off when buying concert tickets and related goods for "K-pop" idol groups via Twitter and other social media platforms.

As the amount of money defrauded per case is rather small, between about a few thousand yen and tens of thousands of yen, many victims seem to be reluctant to report their cases to police, according to sources.

South Korean fraud groups are believed to be behind these cases, and South Korean local police authorities have beefed up efforts to crack down on these cons.

"I toiled away to save my allowance, which is ¥1,500 (S$18.20) a month," said a second-year junior high school student in Ota Ward, Tokyo. The girl, 14, is a big fan of the South Korean boys group Seventeen. She was trying to purchase the group's photo cards, which are available only at concerts held in Seoul. In July, she found on Twitter an agency that purported to resell them, and she paid ¥6,000 into the agency's bank account hoping to obtain two sets of 20 photo cards. But, she suddenly lost contact with the agency.

She told her parents about it but did not report it to police because she was told on social networking sites that it is difficult to get the money back even if Japanese police conduct investigations. 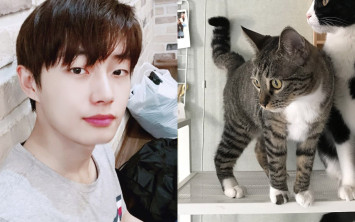 K-pop groups such as Twice and BTS are popular in Japan, mainly among female junior high and high school students. The craze is dubbed "the third Hanryu (Korean pop culture) boom."

Their concerts held in Seoul are known as "Seoul-con," and goods sold exclusively there are said to be treasured among fans.

There are many Japanese who make contact with South Korean fans on social networking sites in the hope of buying limited Seoul-con goods from them, with popular items being exchanged for more than 10 times the regular price.

According to South Korean investigative sources, the country's fraud groups, when representing themselves as acting agents, set prices two to three times higher than the regular price. They operate over social networking sites because this does not require identification. Such groups exchange online messages in Japanese and ask the victims to transfer money to their bank accounts before ceasing communication.

Even though it could be confirmed that money was sent from a person with a Japanese name, few report the fraud to investigative authorities, apparently because the amount of money lost is small, the sources said.

Frauds in connection with the sale of fictitious concert tickets have also been reported.

In March, a Seoul police authority investigated three people including a South Korean female university student on suspicion of fraud.

The group allegedly defrauded foreign customers by saying, "We'll defray the cost of your flight to Seoul if you buy a ticket through us." Many of the victims who sent money have Japanese and Taiwan names.

According to the National Consumer Affairs Center of Japan, a series of inquiries regarding K-pop-related frauds have been received at its local consumer centres in Japan.

"We expect consumers to understand that trouble could easily occur through exchanges via social networking sites where identity checks are insufficient."