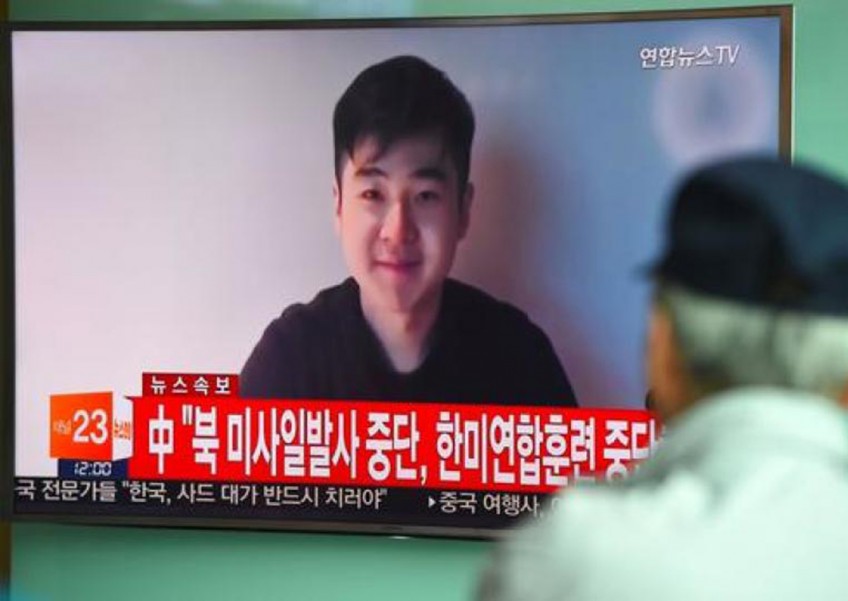 SEOUL - Kim Jong-un's 21-year-old nephew has been expressing increasing frustration of his life on-the-run and has begun to develop a habit of daytime drinking, media here reported Tuesday.

"According to various sources, Kim Han-sol is under 'iron-like' protection at his mother's house. This keeps him safe, but also makes him frustrated at the same time," TV Chosun, a media outlet here said Monday.

"He has been telling the people around him that he is glad that his family is safe, but the protection programme is suffocating. He has been also been consuming alcohol often during the daytime while saying that he had more freedom working in Macau," it said.

Kim Han-sol, along with his mother Ri Hye-kyong and his 19-year-old sister Kim Sol-hui, has been on-the-run from the North Korean regime after his father, Kim Jong-nam, was killed at a Malaysian airport in February.

Kim Han-sol and the rest of the family were reportedly residing in Macau at the time, where he worked as an employee at a nearby hotel. Kim Jong-nam and his family had been living a life of exile from North Korea since 2001.

The trio's current whereabouts are unknown, although the respective governments of the Netherlands, China, the United States, and a fourth unnamed nation had offered to them, according to Cheollima Civil Defence, an organisation keeping the family under Pyongyang's radar. The group is believed to be formed of North Korean dissidents.

The Wall Street Journal reported earlier this month that the North Korean regime may be targeting Kim Han-sol, and that there were "attempts by several parties to interfere" with the family's evacuation from Macau, citing an unnamed Cheollima source.

The source also revealed that Canada was among the nations that refused to assist to the family.

Kim Han-sol is believed to be the last surviving male of the "Baekdu" descent, the direct bloodline of North Korean state founder Kim Il-sung and Kim Jong-il, which could make him a potential threat to his uncle Kim Jong-un.

North Korea's current leader has been consistently eliminating such threats since he rose to power in 2011.

In an interview with Finnish media in 2012, Kim Han-sol openly criticised the reclusive regime and the government saying that he has always dreamed that one day he will return to his homeland to "make things better."

At the time of the interview, Kim was studying at an international school in Bosnia and had undergone an educational experience in France.