From Kim Soo-hyun to Squid Game, how did South Korea get over its China breakup?

China’s ban on Korean entertainment cost the industry greatly, but it is roaring back thanks in part to streaming services.

When the 2013 Korean drama series My Love From the Star raked in 150 billion Korean won (S$168 million) in China, the untapped potential of the Chinese market beguiled and enticed South Korea's entertainment industry.

The male lead of the series, Kim Soo-hyun, saw his popularity in China soar, and it was reported that he earned 3 million yuan (S$640,000) for a single appearance on a popular Chinese TV show.

The extraordinary success of the series in 2014 resulted in South Korean studios and producers seeing China as a promising wild frontier, where their content could ride the "Korean wave", or hallyu, referring to the popularity of the Korean culture abroad.

But less than a decade after the gold rush began, China is no longer the promised land it once was.

Instead, the Korean entertainment industry's ambitions have grown beyond China, emboldened not only by recent worldwide success, but also by the rising amount of foreign and domestic investment that has been pouring in.

The first blow to the thriving export of Korean content to China came in 2016, when Beijing banned it in retaliation for Seoul deploying the US missile-defence system known as THAAD.

Industry watchers say that, before this, the Korean entertainment industry relied heavily on the Chinese market, especially when it came to drama series and movies.

"Sales in the Chinese market used to be an important factor in determining the profitability of a Korean drama series. This is because it was difficult to even recoup production costs purely from the Korean market. Back in the day, whether a Korean drama series could raise its production costs … depended a lot on its potential profits from China," said Kim Young-jae, a professor with Hanyang University's Department of Culture Contents.

Ahn Chang-hyun, another professor with the department, echoed that sentiment: "Even until recently, the likelihood of a drama series succeeding in the Chinese market was a big consideration when it came to things such as casting and planning sequels."

For instance, the exclusive streaming rights for Descendants of the Sun, a 16-episode Korean drama, were sold to Chinese streaming platform iQiyi for 1.5 million yuan an episode in 2014, before the series had even begun filming in 2015.

The bet paid off for iQiyi, as the series garnered more than 2.6 billion views before its run ended. It was the first Korean drama to be simultaneously released in South Korea and China, and its popularity resulted in the government-affiliated Korea Creative Content Agency predicting in 2016 that it would add trillions of won to South Korea's economy.

According to a 2016 report by the Korean Film Council (KOFIC), China was the biggest export market for Korean movies in 2015, accounting for 31.5 per cent of its total revenue from exported films. The value of Korean movies exported to China reached a record high that year, as Chinese distributors paid around US$9.2 million.

Then came Beijing's import ban. Three years later, in 2019, China accounted for only 3.1 per cent of the total revenue from exported Korean movies.

From 2015-19, Korean movies saw their profits in China dwindle by nearly 90 per cent, to a mere US$1.1 million, and until last year, no South Korean drama series had been imported by China since 2016, according to the KOFIC.

In its 2020 report, the KOFIC said 2019 was a "disappointing year", and that the overseas sales of Korean films were "hardly recovering" from Beijing's import ban. Then came the pandemic, which further hit the global entertainment industry.

But streaming services such as Netflix proved to be an unexpected boon for Korean film and television producers, giving them an alternative to the once-glorious China market.

"As the influence of [streaming] platforms such as Netflix has grown and, as a result, content distribution channels have diversified, it seems reasonable that China's relative influence on Korea's content-creation industry has decreased now," said Lee Byung-min, a professor with Konkuk University's Department of Digital Culture and Contents.

While the potential of streaming platforms gradually became evident to the industry when the overseas sales of Korean films increased by 13.3 per cent in 2020 due to global streaming sales, what sealed the deal was the unprecedented international success of the Korean Netflix series Squid Game.

After it premiered in September, Squid Game became Netflix's most successful show ever, accumulating 1.65 billion viewing hours internationally in the first 28 days. The figure, which translates to 188,847 years of streaming time, is more than double the number of hours watched in the same time period for Bridgerton, another very popular Netflix series.

The growing appetite for Korean content, however, hasn't come only because of its streaming success in the wake of China's ban. Parasite, a Korean movie released in 2019, was not only lucrative globally, it also received countless international awards and was the first non-English movie to win the Academy Award for Best Picture.

"China's plan to strike a blow at the international distribution of Korean content … has failed," said Lim Dae-geun, a professor with the Global Culture and Contents Department at Hankuk University of Foreign Studies.

Now, big names in the Korean entertainment industry are making their ambitions clear, and in contrast to the industry's rush to the Chinese market in 2014, they are not limiting it to a single country.

Last week, CJ ENM - the Korean entertainment conglomerate that produced Parasite and the drama series The Goblin - announced that it had finalised its US$785 million purchase of an 80 per cent stake in Endeavor Content, a Hollywood studio that has bases in 19 different countries in Europe and South America.

"The purchase of Endeavor Content will act as a key driving force for CJ ENM's international growth," CJ ENM CEO Kang Ho-seong said. "CJ ENM will use Endeavor Content as a global base to produce and distribute its independent content."

The international outlook of Korean content appears bright as foreign investment continues to be aggressively poured into the industry.

In September, Netflix announced that it would spend US$462 million on producing Korean content in 2022. This is nearly three times the average it had invested in the Korean industry per year, since entering the market in 2016. Netflix also said that, by investing US$647 million in the Korean entertainment business between 2016 and 2021, it added US$4.71 billion to the global economy over that period.

"Korean content from Netflix and Korean creators go far beyond Asia - which is the traditional stage for hallyu - and is now positioned as a popular culture that literally the whole world enjoys, including in the Americas, Europe and Africa," said Kang Dong-han, vice-president of Netflix Korea's content.

The aggressive investment war between international streaming platforms is expected to intensify in Korea, as platforms such as Apple TV+ and Disney+ are already funding various Korean productions. HBO Max, another big player, is expected to enter the Korean market later this year.

Experts agree that such international investments will make Korean content even more competitive in the future.

"The influx of huge overseas investment resources, along with the expansion of global distribution channels through streaming platforms, will improve both the quantity and quality of Korean content production," said Kim Young-jae, the professor at Hanyang University.

And Kenneth Kim Chi-ho, a professor with the Department of Culture Contents at Hanyang University, said: "Now we have the opportunity to present Korean content directly to the international audience. In any case, global investment will maximise the creativity and exposure of Korean content."

The authenticity of Korean content is also important, according to industry insiders who expect that it will remain intrinsically unchanged and unaffected by whichever foreign markets their work is exported to. The Korean audience, they insist, comes first.

"We plan and produce drama series with the belief that if they are recognised within Korea, they will work for the world as well," said Lee Ki-hyuk, the head of business strategy at Studio Dragon, a studio under CJ ENM that has produced Netflix dramas such as Vincenzo, Sweet Home, and Kingdom: Ashin of the North. 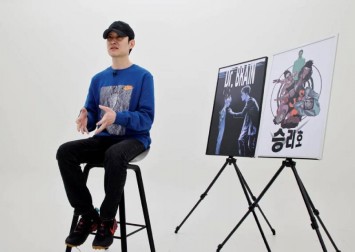 "I firmly believe that, for content to succeed internationally, it must first succeed in Korea," said the director of a domestic production company who spoke on condition of anonymity.

The director conceded that Korean content creators may increasingly consider what might work for an international audience, but "the core essence of the content will always be whether it contains a unique story that is informative and interesting, not whether it will work in a particular market".

Looking forward, industry experts see a positive future for the Korean entertainment industry, not only globally but eventually back in China as well.

Although the Chinese government's import ban remains firmly in place, there are expectations that Beijing may gradually loosen its stance, as a South Korean movie was screened in Chinese cinemas last month for the first time in six years.

The two sides also agreed that 2022 would be the Korea-China Cultural Exchange Year, to commemorate the 30th anniversary of their establishment of diplomatic relations.

And insiders continue to stress that, despite the Korean entertainment industry's drastic pivot away from China in recent years, there is still massive potential in China that remains untapped.

"China is a precious market that should not be easily given up or neglected from the perspective of the Korean cultural industry," said Ahn at Hanyang University.