Tourist police on Tuesday (November 19) announced they had arrested 63-year-old Malaysian national Chan Fat Yat, who is also known as "David the king of fake-branded booze".

Police were tipped off to his nefarious career when customs founded a box addressed to Chan packed with bottles, corks, and fake labels of well-known alcohol brands. 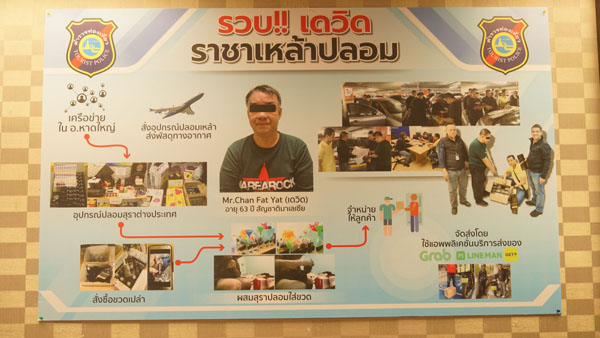 He was captured on November 18 while delivering the alcohol to his customer at a large supermarket in the Bang Kapi.

He admitted that he has been doing this for more than 30 years. He was also charged with overstaying his visa.