The scandal at the embattled Korean Air has spread into an investigation by the nation's antitrust watchdog into the group's alleged unfair business practices.

It is the latest line of investigations by the authorities sparked by allegations that Cho Hyun-min, a senior vice president at the airline, threw water in an advertising agency employee's face at a business meeting.

"We started an investigation (into Korean Air) on Friday," the Fair Trade Commission said Tuesday. "A total of 30 investigators are currently on site looking into charges related to transit duties of in-flight goods and the owner family's making unfair profits." 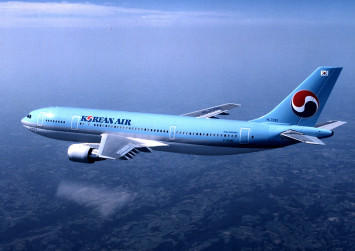 Making unfair profits refers to when a company trades with its owner family or an affiliate owned by the owner family at a lower price or awards contracts solely to the affiliate, according to the FTC.

This is not the first time the FTC has investigated the airline regarding in-flight goods. Earlier in 2016, the commission imposed a total of 1.4 billion won ($1.3 million) of penalties on Korean Air and its two affiliates, Cybersky and Uniconverse, for providing profits to the owner family through unfair internal trading.

The FTC had said that while Korean Air made its employees work on online commercials for most of its in-flight goods and all the profits went to Cybersky and Uniconverse, whose stakes were wholly owned by Chairman Cho Yang-ho's son and two daughters.

On the same day that the FTC launched its investigation, the Seoul police began an investigation into Lee Myung-hee, the wife of Chairman Cho.

The Seoul police said it had received complaints that she frequently verbally and physically abused employees. Lee is a director of Ilwoo Foundation.

The investigation began after a worker involved in Lee's house remodeling work claimed that Lee had forced him to kneel down, slapped him in the face and kicked him in the knee.

Another video exposed by local media outlets late Monday shows a woman, thought to be Lee, shaking her finger at employees and aggressively pushing a female employee working on construction to extend Incheon Hyatt Hotel, an affiliate of Hanjin Group. The video soon went viral while Korean Air officials said they could not officially identify the person in question.

Amid continued disclosure of the Cho family's alleged abuse of power, public criticisms continued to spread, with critics saying how Cho's family controls the group with investments equal to only 11 per cent of the group's total market value. 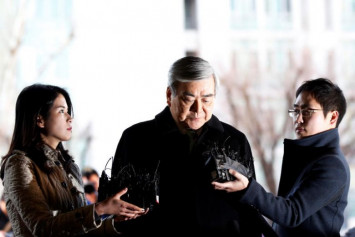 Market watchers have raised the possibility that shareholders could exercise their rights to recover the company value and to normalise management as the owner family continues to diminish the company value through improper behaviours.

"As the second-largest shareholder, the NPS should not be a bystander but it should ponder over whether to oppose the management return by sons and daughters of owners or how to blame Korean Air which loses the nation's image," said Rep. Lim Jong-sung from the ruling Democratic Party.

The burgeoning scandal has also reignited debate over a need for Korea to adopt a stewardship code, in which management must respond seriously to demands from activist shareholders. When adopted, institutional investors can prevent management from taking decisions or strategies by actively expressing their views.

"Nothing is yet confirmed with respect to the adoption of the stewarding code. Shareholder activities are now limited to exercising voting rights," said an official from the NPS.