Korea's peeping Tom dilemma: Are censors getting too much power?

On Feb 16, a group of young people arrived at Seoul Station to get ready for a protest. Candles and placards were handed out to the participants, who had already begun to fill the street outside the station in downtown Seoul.

But there was one stark difference between this protest and so many others in the city: Almost all the participants were men. In fact, there was only one woman in the crowd of 100 or so protesters.

The purpose of the gathering was to denounce the government's decision to block public access to internet sites it arbitrarily deems "illegal" -- a measure that has sparked debate over what kinds of restrictions in cyberspace are excessive amid the government's efforts to eradicate spycam crime.

Five days before the protest, the government had announced the adoption of a new technology, Server Name Indication filtering, to block access to websites containing "harmful content." A total of 895 websites are now impossible to access from anywhere in South Korea. And unlike other content-blocking technologies, SNI filtering makes it possible for the government to discover which users have attempted to visit which websites.

The measure was taken in response to growing concerns over spycams, which are often hidden in public places such as bathrooms and used to film unsuspecting women and girls without their consent. Tens of thousands of women took to the streets last year to protest spycam crime, denouncing not only the crimes but also the government's inaction.

While the list of banned websites has not been released to the public, the government said most contained pornography or facilitated online gambling. 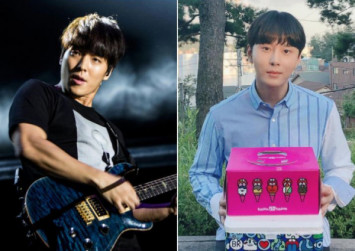 "It is not a violation of freedom of speech to block illegal websites in accordance with relevant laws," said the Korea Communication Standard Commission, the country's broadcasting watchdog. "Blocking websites through SNI filtering has nothing to do with eavesdropping."

Freedom of speech advocates also say there is no agreed-upon standard under Korean law for what constitutes illegal content. While the law stipulates punishment for anyone distributing "obscene products," the term is not defined.

For some internet users, these activists say, being denied access to a website poses no significant obstacle because there are methods of circumventing any site-blocking technology. The number of websites focused on sharing such information has mushroomed since the government blocked access to the 895 sites.

"We will find a way. We always have," one netizen said, quoting a famous line from the 2014 sci-fi movie "Interstellar."

"The more the government tries to crack down on us, the harder we will work to prevent the efforts."

HOW ARE ILLEGAL WEBSITES BLOCKED?

This is not the first time the government has taken action to block access to offensive websites, but this measure is different because of the way the technology works.

Over the past decades, efforts to block illegal websites involved denying access to specific servers. In other words, local internet providers would prevent users from accessing websites that appeared on the government's banned list.

But the administrators of questionable websites managed to avoid being targeted by using encryption. With a Hypertext Transfer Protocol Secure connection, or HTTPS technology, data is encrypted and the government cannot discover the server.

That's the reasoning behind the use of SNI filtering, a much more powerful blocking method that detects the server's location in the instant before the data is encrypted. With this technology, the government can figure out the exact location of a server and order internet service providers to block it.

"It's like checking the address on a letter," said Kim Seung-joo, a professor at Korea University's Graduate School of Information Security. "If a letter is mailed to the wrong address, the government intercepts it."

As a result, users who try to access any of the 895 blocked websites will see only an error message that reads, "This site can't be reached." Previously, they were directed to a warning page bearing the seals of the Korea Communication Standard Commission and the Korean National Police Agency.

But some experts warned that the new blocking measure might only be a temporary fix. While it might curb the number of illegal websites, they say, people who really want to access the banned sites will inevitably get through.

Since the government announcement, the country's internet portals and YouTube channels have been flooded with information about how to circumvent SNI filtering. Methods range from encrypting SNI networking protocols to using virtual private networks.

"It's like a fight between a spear and a shield over which one is the most powerful weapon in the world. If the government comes up with the most powerful shield, internet users will respond with a more powerful spear. It's a fight that will never end."

A further subject of debate is whether the Korean government's approach is heavy-handed, as one opposition lawmaker insists.

Rep. Park Dae-chul of the Liberty Korea Party said March 6 that Korea is the only member of the Organisation for Economic Cooperation and Development that uses SNI filtering. 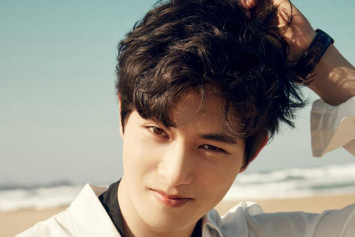 Citing a National Assembly legislative report, the lawmaker went on to argue that only two countries in the world employed stricter control over the internet than Korea: China and Russia.

"Most illegal websites overseas were blocked by private entities without government intervention," said Park, a member of the parliamentary committee on science, ICT, broadcasting and communications.

But his assertion has drawn criticism too, with many saying his claims are exaggerated. The parliamentary report he cited used slightly different language, stating that no countries "explicitly stated" that they used SNI filtering.

Ahn Jeong-Sang, a senior parliamentary researcher for the ruling Democratic Party, said March 8 that other governments were simply reluctant to reveal that they were using SNI filtering because they feared public backlash.

"Even though most countries are blocking illegal websites through SNI filtering systems, they prefer to remain hush-hush. Such behaviour is more common among democratic countries," Ahn added.

CRACKING DOWN ON SPYCAMS VS CENSORING INTERNET COMMUNICATION

Perhaps more controversial is the question of how much government surveillance can be tolerated in the name of protecting society. What is the happy medium between cracking down on spycam crime and ensuring free access to the internet?

The government contends that the enhanced blocking technology can stem the spread of illegal content by preventing access to websites that distribute disturbing content such as snuff films.

"In most so-called Korean pornography on the internet, there are victims who want to get rid of the videos," said Suh Seung-hui, a representative of the Korea Cyber Sexual Violence Response Center. "(While it is a crime), it has become so common to watch such videos."

Public outrage has been growing over spycam videos amid the #MeToo movement sweeping the country. Police say the number of reported spycam crimes surged from around 1,100 in 2010 to more than 6,500 last year.

Last week the popular singer Jung Joon-young was questioned in connection with the Burning Sun scandal. He was accused of having sex with women and secretly filming the encounters, then sharing the videos in a KakaoTalk chat room without their consent in conversations that also included K-pop star Seungri. Jung reportedly admitted to the allegations. 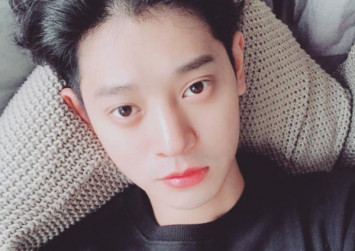 While Jung's videos were never made public, experts warn that spycam videos can easily be circulated online. And, even more worrying, removing them from public view is almost impossible because most of the host servers are based overseas.

"Most illegal domestic websites are under the control of the government. But if those illegal websites are running servers overseas, regulating them is quite difficult," Go Sam-seok, a senior official with the Korean Communications Commission, was quoted as saying in an interview with a local broadcaster.

Activist groups, meanwhile, asserted that while they agreed with the purpose of the government's efforts to eradicate spycams, the new technology could easily be abused.

The government denies this, saying it cannot monitor the communication of average internet users because most internet communication is encrypted with HTTPS technology. According to Go, SNI filtering does not involve looking at messages. (To return to the postal analogy, it's like inspecting an envelope, not opening it and reading the letter inside.)

The broadcasting watchdog maintains that civilian surveillance is strictly prohibited and there is no reason for the government to break the law, but doubts persist.

"Having an SNI filtering system means internet users have to seek the government's permission before visiting certain websites. This could be a starting point for civilian surveillance," said Yang of the People's Solidarity for Participatory Democracy.

Yang also cautioned that the government has too much power to determine what constitutes an "illegal website," pointing out that the 895 banned websites were unilaterally selected by Korea Communication Standard Commission.

While the government asserts that the broadcasting watchdog relies on existing laws to make those determinations, the activists say Korea applies more conservative standards than other democratic countries.

For example, Korean internet users cannot view certain adult websites that are accessible in the US and Japan. The Korea Communication Standard Commission prompted public backlash in 2015 when it blocked access to Lezhin Comics, saying the webtoon site contained obscene content. But it subsequently lifted the restriction after activists complained the decision had been hasty and arbitrary.

"Admittedly, we have been applying stricter standards to define obscenity under the influence of Confucian culture. I understand the need for a new social consensus on that matter," said Go.