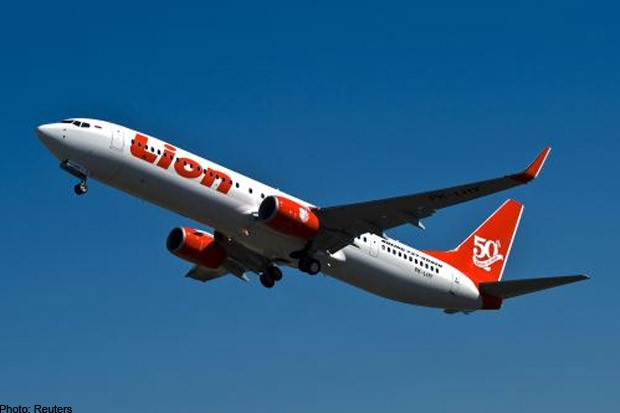 Indonesian low-cost carrier Lion Air is adding more domestic and eventually international flights to Batam, and plans a ferry service between the island and Singapore.

This could divert some traffic from Changi Airport if Singapore-bound travellers from Indonesia, South-east Asia's biggest air travel market, are enticed to make the 45-minute boat ride, said industry analysts. Lion Air, with its deep pockets, has ambitious plans with more than 460 planes on order, they pointed out.

And while Batam's Hang Nadim Airport - which handled fewer than six million passengers compared to Changi's more than 50 million last year - is hardly a vibrant aviation centre, it has potential, analysts said. The airport has a runway long enough for even the Airbus 380 superjumbo to land or take off.

Lion Air, which has recently been hit with bad press over safety concerns, is spending millions and working with globally recognised firms to develop an aircraft repair and maintenance facility there. The plan is to use Singapore as a logistics hub to move spare parts and other aircraft components to and from the Batam facility, airline founder and co-owner Rusdi Kirana has said. The Batam-Singapore ferry service run by the airline will serve mainly this purpose, airline spokesman Leithen Francis told The Straits Times recently.

"Since we will be ferrying aircraft parts, it makes sense to also provide a shuttle for passengers," he said, insisting there is no intention to take on Changi Airport. Still, Lion Air will offer a combined flight-bus-ferry ticket that is cheaper compared to direct flights to Changi, according to Mr Kirana.

No other details, including a timetable, of the airline's plans are available. The co-owner has expressed his confidence before that there is demand from Indonesians to travel to Singapore via Batam.

This is despite the many direct flights between Singapore and Indonesia, especially after a recent liberalisation of air links. The Singapore-Jakarta sector for example is Changi Airport's busiest. On Thursday, Singapore-based Jetstar Asia, which is partly owned by Australia's Qantas airline, announced plans for more flights from Changi to Medan and Surabaya. This will add 14,352 more seats a month.

In a recent note, industry think-tank Centre for Asia Pacific Aviation said Batam has "quietly emerged as a Lion domestic hub". The airline, which currently operates 13 routes out of Batam, intends to launch international services next year.

Whether the Lion Air-Hang Nadim combination can eventually give Changi a run for its money is hard to say, said the centre's Singapore-based analyst Brendan Sobie. "It could be an attractive option for Indonesians but it will be more challenging for Lion Air to entice other travellers," he explained.

"Much will depend on how they promote and price the service."