Garuda Indonesia immediately responded to the ministry's instruction by grounding the only unit of Boeing 737 MAX 8 that it operates on Monday afternoon.

"We have conducted extra inspections into our aircraft's airspeed and altitude system and stall management system, among other things. Everything was in good condition. No fault was found," said Garuda Indonesia president director, I Gusti Ngurah Askhara Danadiputra.

The national flag carrier immediately grounded the aircraft right after the order was issued.

Indonesia has decided to ground all Boeing 737 MAX 8 aircraft in the country after another of the popular jetliner model crashed in Addis Ababa, Ethiopia on Sunday.

The decision, which makes it the second country after China to ban MAX series aircraft worldwide, was taken to ensure that each one of the brand new aircraft was in good condition in order to ensure the safety of air transportation in the country. 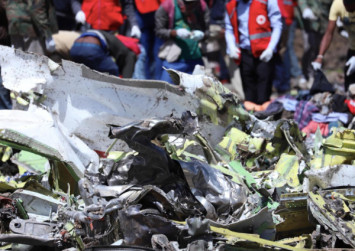 Lion Air said it would comply with the ministry's instruction and ground its MAX 8 planes. The carrier added it had been following standard operating procedures from the aircraft manufacturers in inspecting and maintaining the aircraft as well as training its personnel.

"Lion Air will work to minimise the impact of the grounding on our flight operations," the carrier's spokesperson Danang Mandala Prihantoro said.

Both airlines also said that the MAX 8 fleet would remain on the ground until further notice from the Transportation Ministry.

Garuda Indonesia has only received one of the 50 MAX-series aircraft it ordered.