An emergency team at Supadio International Airport in Pontianak, West Kalimantan, hauled a Lion Air plane back onto the runway on Sunday after it skidded off on Saturday (Feb 16) afternoon.

The management had to close the airport following the incident. No casualties were reported.

Sulkarnaini, an officer in charge of the airport, said the plane skidded 30 meters off the runway, as quoted by Antara. The process of hauling the plane back onto the runway was made more difficult because rain on Saturday had made the soil soft.

On Sunday morning, the management postponed eight arrival and nine departure flights to and from the airport. 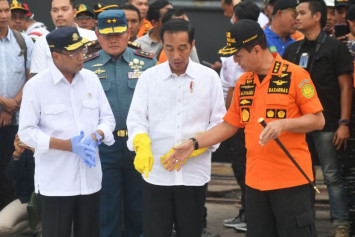 Lion Air Group's corporate communications strategic officer, Danang Mandala Prihantono, said proper preparations had been made for the flight. "The Boeing 737-800NG, registration code PK-LPS, had undergone a check and was declared airworthy," he said as quoted by Antara.

"All passengers and crew were safely evacuated to the airport terminal," he said on Saturday afternoon.

On Feb. 12, Lion Air flight JT-780 from Makassar, South Sulawesi, to Palu, Central Sulawesi, had to return to Makassar 30 minutes into the flight.

One passenger, Muhammad Arief, a resident from Bangil, Pasuruan, East Java, said he would always remember the scary 30-minute flight, which originally departed from Surabaya, East Java, before making a transit stop in Makassar. 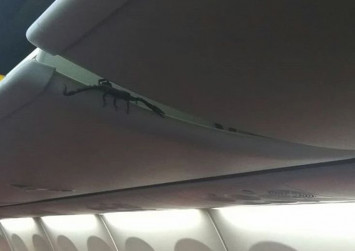 The plane was above the Makassar Strait in South Sulawesi when it encountered turbulence.

It was as if the airplane had "lost power", Muhammad said, recalling that passengers were screaming during the turbulence. He claimed the airplane even turned upside down at one point.

"Every passenger was hysterical. It was as if the airplane fell, flew again and then made a U-turn back to Makassar," said Arief, as quoted by kompas.com.

In the end, the plane successfully landed in the Sultan Hasanuddin Airport in Makassar without any casualties.

The airport's air navigation general manager Novi Pantaryanto told tribunnews.com that there "may have been damage" to the airplane's system but declined to comment further, directing the question to Lion Air instead.

Lion Air's Danang said the necessary steps were taken to land the plane, which was a Boeing 737-900ER, with registration code PK-LGY.

"The JT-780 Lion Air flight had been well prepared. The Boeing 737-900 airplane […] had undergone a pre-flight check before departing for Palu and had been declared airworthy," Danang said on Feb 14 in a written statement.

Meanwhile, Arief decided to stay the night in Makassar to recover from the trauma.