The boy was found bound and gagged in an abandoned truck.

A lonely Chinese teen admitted faking his own kidnapping because he wanted to see his parents who were working in another part of the country, according to Chinese media.

The 13-year-old unnamed boy from Luzhou, Sichuan province, was found bound and gagged in an abandoned truck in a residential community on May 8, the Chengdu Business News reported on Friday.

He said he woke up in the van after someone had sprayed something on him at a crossroad and he passed out.

He was unharmed and nothing had been stolen, and police could find no clue to the kidnapper, the report said.

After a long talk with police officers about his family, the boy admitted he staged the abduction to make his parents come home. 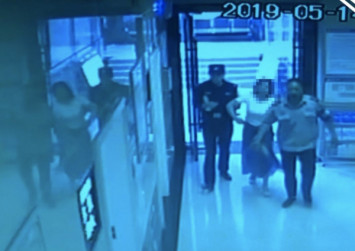 "I missed dad and mum," he was quoted as telling a police officer.

The teen said he lived with his grandparents and had not seen his migrant worker mother and father since the Lunar New Year.

His grandfather was busy taking odd jobs and grandmother need to work in the fields, he said.

He was certain his parents would not return if he just asked them to on the phone, so he came up with the idea of kidnapping himself.

The report did not say if the parents returned.

China has tens of millions of "left-behind" children, whose parents are forced to leave rural areas for cities in search of better pay.