Long way to go for a clean India 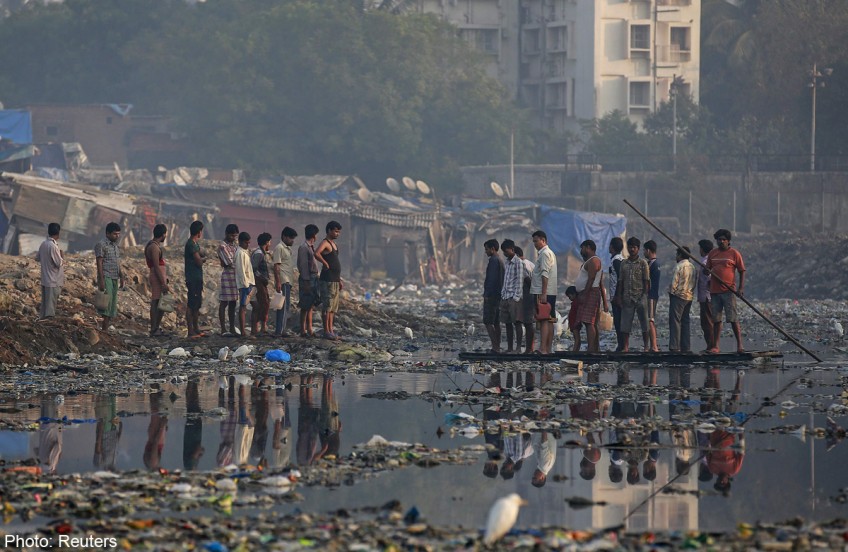 Mahatma Gandhi's concern over sanitation was not merely a question of personal hygiene or even municipal cleanliness; it was also associated with his holistic understanding of the relationship between individual, society and the state.

In his reckoning, sanitation was no less critical than political independence: "I will not let anyone walk through my mind with their dirty feet". His dream was to achieve total sanitation for all.

Indians attained political freedom under the leadership of the Mahatma, but his dream of a clean India remains unfulfilled. A country with a 74 per cent literacy rate is still grappling with sanitation after 67 years of independence.

On Oct 2 last year, Prime Minister Narendra Modi launched a nationwide cleanliness programme, called Swachh Bharat Abhiyan (Clean India Mission), to provide sanitation facilities to every family, including toilets, solid and liquid waste disposal systems, clean villages, and safe and adequate drinking water by 2019, as a tribute to the father of the nation on his 150th birth anniversary.

The agenda is an opportunity to address the issue from the perspective of social inclusion and equity.

Sanitation is a concept that encompasses water supply, safe disposal of human waste, waste water and solid waste, control of vectors of diseases, domestic and personal hygiene. It is one of the basic determinants of the quality of life and the Human Development Index. In 2011, there were around 2.5 billion people who did not have access to basic sanitation facilities and a little over one billion defecated in the open, according to Unicef data. The problem is particularly acute in rural areas. In the urban areas of developing countries, over 37 per cent of the population also lack such facilities.

The Millennium Development Goals (MDGs) have called upon signatory nations to halve by this year the proportion of people without sustainable access to safe drinking water and basic sanitation. Despite overall progress towards achieving the MDGs, the world seems nowhere near the sanitation target of 75 per cent. If current trends persist, the world is set to miss the target by more than half a billion people. Unless the pace of improvement is accelerated, the MDGs are unlikely to be reached until 2026. At its present pace of "progress'', India will not be able to achieve the goals by 2054, if at all, according to statistics advanced by Unicef and World Health Organisation. The projected timeframe for Odisha, one of the 29 states of India, is 2160. Sanitation is one of the major development challenges. Although drinking water and sanitation are state subjects, according to the

Constitution, the Centre does play a significant role. The Central Rural Sanitation Programme (CRSP) was undertaken in 1986 to improve sanitation coverage in rural areas, indeed to provide privacy and dignity to women. The CRSP was recast as the "Total Sanitation Campaign" in 1999. It was a paradigm shift towards a "community-led" and "people centred" approach towards personal hygiene, home sanitation, safe water, disposal of garbage, waste water and excreta. The major objective was to stop open defecation by 2012.

The programme was revamped in 2012. But in today's India, more people have access to a mobile phone than to a toilet and proper sanitation facilities. About half of its 1.2 billion residents are mobile subscribers, but only 366 million people - about one-third of its population - have access to toilets. Data released by the 2011 census highlights the abysmal state of sanitation prevailing in rural India - home to two-thirds of the populace.

The Swachh Bharat Abhiyan signals the beginning of the largest national programme on sanitation. The objective is to end open defecation by 2019. The scheme envisages the construction of around 12 crore (10 million) toilets at a cost of rupee 1.96 lakh crore (S$43 billion). One lakh crore is one trillion. It will partly be financed by corporate houses. However, in spite of huge government spending over decades on the construction of latrines, open defecation remains a widespread aberration in India.

Compassionate Economics). It indicates that 40 per cent of the households surveyed in Bihar, Haryana, Madhya Pradesh, Rajasthan and Uttar Pradesh that had a toilet/latrine also had at least one person who was regularly defecating in the open. No one cares to stop this practice. Construction of toilets without focusing on change in behaviour is not going to be enough. The hazards of open defecation need to be emphasised across the country. Open defecation will stop if we can educate, train and empower the community.

The person who litters a road or any public place actually suffers from a behavioural aberration. He may be conscious of the fact that he is doing something wrong, and his conscience may also prick him. But he will still continue to throw rubbish on the streets because he knows that no one will object. Public littering can be curbed substantially only if civil society can make the offender feel ashamed of himself.

There is a distinction between public and private space. Not that Indians are basically impervious towards cleanliness or indifferent to hygiene. We do keep our homes clean. A Swachh Bhrarat is indeed possible. It presupposes a clean mindset. To quote Gandhi: "Everyone must be his own scavenger". Sanitation has a strong connection with human dignity and well-being.

It is the key determinant in poverty alleviation and can lead to the fulfilment of human rights, according to the United Nations Development Programme report of 2011. The community feeling to achieve the greater good can help attain the objectives of Swachh Bharat. To quote United Nations Secretary-General Ban Ki Moon's message on World Toilet Day 2013: "By working together - and by having an open and frank discussion on the importance of toilets and sanitation - we can improve the health and well-being of one- third of the human family."