In love in Tokyo 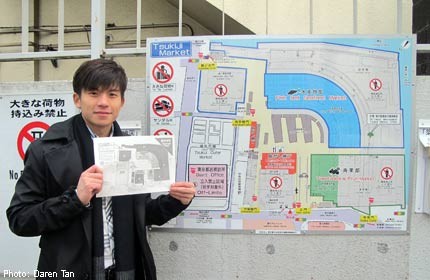 But his five-day trip last November was special because it was his first time travelling with his 25-year-old girlfriend, administrative assistant Lynda Tan.

The winner of reality TV singing competition Project SuperStar 2 and star of new Channel 5 period drama Mata Mata - which airs tonight at 8.35pm - said that their first vacation together was nothing short of romantic.

"It was very exciting. It brought us closer because all we had were each other in a foreign land. We also got to know each other better through trips like these," said the mm2 Entertainment artist, who also appears in local film That Girl In Pinafore, which is currently showing in cinemas.

"One night from the hotel room, we saw the Tokyo Tower lit up. According to a myth, if a couple manages to catch the tower lights, they will live together happily ever after," he said.

The couple visited the popular Tokyo attractions during their time there, all the while battling the winter cold.

"We drank plenty of hot drinks and ate ramen.

Also, we had the chance to wear thick layers of clothing - something that is impossible in the Singapore climate. Otherwise, we hid in the souvenir shops and malls," said Tan.

The pair, who share a common love for Japanese food and culture, are planning a second holiday to Taipei in the next two months and hope to visit Florence and Venice in Italy someday.