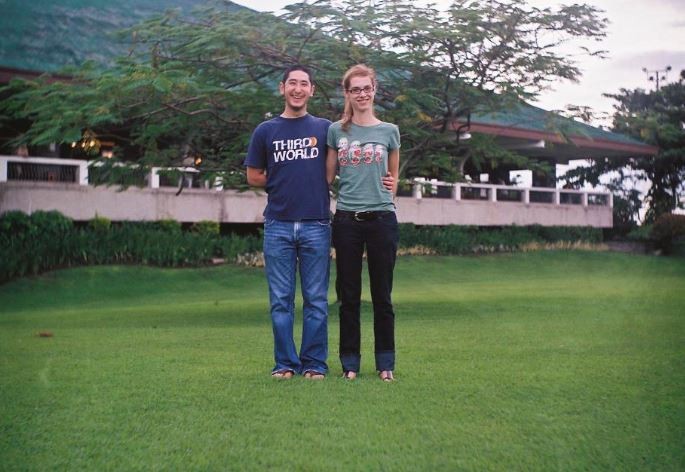 Nearly nine years after film critics Alexis Tioseco and Nika Bohinc were murdered inside their house in Quezon City, their families and friends finally got their first taste of justice.

On May 4, Judge Editha Mina-Aguba of the Quezon City Regional Trial Court Branch 100 sentenced the couple's housemaid, Criselda Dayag, to reclusion perpetua or up to 40 years in prison, after she was found guilty beyond reasonable doubt of the crime of robbery with homicide.

Dayag was also ordered to pay each of the couple's heirs P350,000 (S$9,033) as civil indemnity and as temperate, moral and exemplary damages.

"It is believed that she was not innocent and [a] victim of the assailants, as she claimed to be," the judge said. "Without her active involvement from the very moment she opened the door of the house and let the assailants in, up to the time that she went with the assailants voluntarily, the crime would not have been committed and consummated."

Present during the promulgation were Dayag, a private prosecutor and a member of the Tioseco family.

Her conviction is the first as the three other suspects remain at large.

Tioseco, a Filipino-Canadian professor and advocate of Philippine cinema, and his Slovenian partner Bohinc were shot dead by robbers inside their house on Times Street in Barangay West Triangle on Sept. 1, 2009.

Another housemaid who was locked in a room by the suspects later testified against Dayag who had just been hired over a month before the killings.

After more than six years in hiding, Dayag was arrested on Feb. 25, 2016, in Angeles City, Pampanga province, following a tip to authorities.

During her arraignment in March 2016, she pleaded not guilty.

She maintained her innocence throughout the trial and accused the other housemaid of conspiring with the robbers.

In her defence, Dayag claimed the suspects forcibly brought her to Pampanga where she served as their maid before she managed to escape.

Other witnesses, however, belied her statements.

Citing one of the witnesses, Aguba wrote in her decision: "It is deducible therefore that it was [the] accused who let in the assailants, especially [since] there was no evidence of [forced] entry of the said house."

It was also revealed during the trial that based on an investigation conducted by the Quezon City Police District, Dayag had used the same modus operandi on her previous employers.

The police said that Dayag was facing a robbery case in a Pasay City court which had yet to be promulgated because she remained at large.

The judge also cited another witness who testified that the accused was seen opening the gate and leaving with the suspects in Tioseco's vehicle on the night of the robbery.

Commenting on Dayag's disappearance after the crime, the court said: "Her flight is an indication of her guilt or of a guilty mind…If she really had no hand in the case, she should have cleared her name right away."

In a statement sent to the Inquirer, the Tioseco family thanked the people who worked and remained with them in their pursuit of justice.

"Nothing will ever compensate for losing Alexis and Nika, but this conviction is an important and necessary step toward seeking justice for their deaths," the family said.

They appealed to the public to help them find Danny Lapitaje, the only one of the three robbery suspects identified so far.

He was linked to the couple's killing in 2016 after his fingerprints - which were taken after a house burglary in Antipolo City in July 2014 - digitally matched those lifted in 2009 from Tioseco and Bohinc's home.