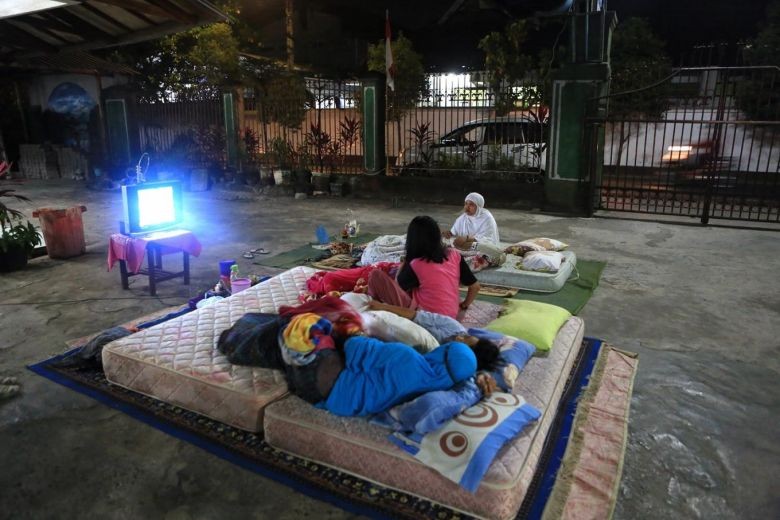 JAKARTA - The West Lombok Health Agency in West Nusa Tenggara (NTB) has recorded 103 malaria cases in four districts across the regency, which was recently hit by a series of devastating earthquakes.

"The number of cases is growing, so is the infection area," West Lombok Health Agency head Rahman Sahnan Putra said on Friday (Sept 7) while inspecting disease mitigation efforts in the Gunungsari district.

He said the first four cases of malaria were found at an earthquake shelter in Bukit Tinggi village in Gunungsari earlier this month.

The disease has now spread to three other districts: Batulayar, Lingsar and Narmada.

A number of children and pregnant women were reportedly among the 103 people who have contracted malaria.

Rahman said the current situation in West Lombok was worrying as the location of the malaria transmission was relatively close to evacuee shelters.

"We are currently assessing whether or not we will propose a health emergency (KLB) for malaria (to the NTB provincial administration)," he said. "KLB status can bring about maximum effort to curb the disease. This is about how to save the people."

The West Lombok Health Agency, he said, had reported the cases to the Health Ministry's Lombok earthquake desk.

The Health Ministry has deployed a medical team to assist West Lombok in handling malaria cases, while the National Disaster Mitigation Agency (BNPB) has sent 135 mosquito nets to prevent earthquake evacuees from contracting the disease.

"This aid is far from enough," Rahman said, adding that West Lombok needed at least 10,000 mosquito nets to cater for all the evacuees, particularly as the region enters the rainy season next month.

"But mosquito nets are only a preventive measure. What is important is to tackle the spread of malaria vectors - the (anopheles) mosquitoes," he said.

Meanwhile, in North Lombok regency, thousands of locals in six villages in Bayan district can once again access clean water from the state water company (PDAM) after a post-disaster joint task force involving Indonesian Military (TNI) and police personnel repaired pipelines that had been damaged by the earthquake that struck Lombok on July 29.

"We managed to fix the pipes with the help of the locals. Clean water has been restored to six villages in Bayan district since Wednesday," said the task force's sector 2 commander Col. I Wayan Suanjana on Friday.

The locals had since been dependent on water supplied by the authorities and volunteers using water tanker trucks.

"Solid teamwork involving local residents made our job faster," task force commander, Major-General Madsuni said, adding that such solid collaboration between the TNI and the locals should be replicated elsewhere across Lombok.