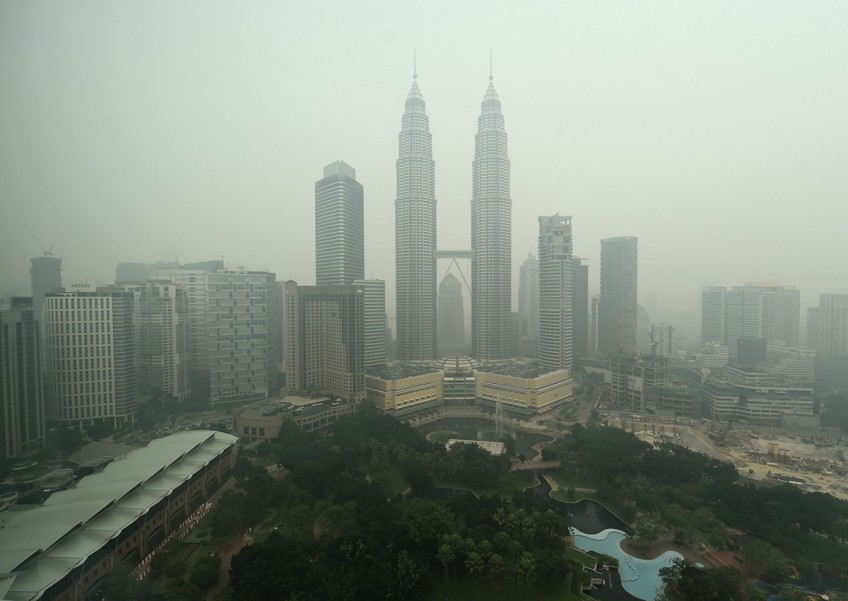 Malaysian MPs have urged the government to adopt laws like those in Singapore which allow legal action to be taken against companies responsible for causing the haze.

Thick smoke from forest and peatland fires in Indonesia has blanketed many Malaysian states in recent weeks, causing flight delays.

There will be no school today for nearly 2.7 million students after schools in several states, including Selangor and Penang, were ordered to close.

The MPs were speaking in Parliament yesterday during a debate on an emergency motion on the haze problem. Several cited Singapore's Transboundary Haze Pollution Act, which allows regulators to prosecute companies or individuals responsible for causing fires that cause severe air pollution in Singapore.

"Haze is not something that cannot be avoided, it is caused by human action. I suggest the government should make laws more stringent for those who practise open burning," Umno MP Ikmal Hisham Abdul Aziz said.

Datuk Seri Wan Junaidi told the House that Malaysia was playing an active role at every ASEAN forum to resolve the haze problem and was committed to helping Indonesia put out the fires.

He said the government was not ready to propose new legislation as it was still studying the feasibility of such a law.

He also suggested that Indonesia can seek assistance from non-ASEAN members like Japan for additional assets but stressed that it was ultimately Indonesia's decision whether it wants to do so.