From Malaysia to the Philippines, what are the most serious terror threats in Southeast Asia 20 years after 9/11?

A senior Malaysian counterterrorism official has warned that religious and ethnically motivated violent extremism is the most significant terrorism -related danger the country faces, while Indonesia, the Philippines and Singapore are most concerned by groups linked to al-Qaeda and Islamic State (Isis) .

The comments from officials and analysts came as This Week in Asia asked security agencies in the region about the most serious terror threats they faced 20 years after Sept 11.

The response from Malaysia was starkly different, and drew attention to the sensitive issues of race and religion that in recent years have been increasingly prominent in the country’s political rhetoric.

“The biggest terror threat in Malaysia can be categorised under religious and ethnically motivated violent extremism which eventually sparks ethno-nationalistic division that may lead to violent incidents,” said the counterterrorism official, who declined to be named.

“It is not recommended for political leaders to play to their galleries along religious and ethnic lines, even if that is what their constituents want so much to listen to.”

The echo chamber effect created by these politicians radicalised their audience and created more far-right extremists, the official said, which did not augur well for the multireligious and multiracial country. “If left untreated, this will be cancerous to national unity and much-needed nation building in Malaysia.”

From al-Qaeda-linked Jemaah Islamiah (JI) to Isis affiliates in Malaysia, Indonesia, and southern Philippines, the issues of race and religion have been exploited by militant groups in the region to radicalise and recruit disaffected individuals.

“What terrorist groups do so effectively is exploit pre-existing societal and sectarian wedges. They create crises, then when the state fails to act, they can then justify their vigilante actions in the name of defending the religion,” said Zachary Abuza, professor of Southeast Asia studies at the Washington-based National War College.

He said these schisms were often created by politicians, government policies, and laws, adding that there were a host of organisations in Indonesia and Malaysia that engaged in provocative and highly divisive practices.

According to Abuza, terrorist groups try to provoke a heavy-handed response from the state.

“The United States is the poster child of overreaction,” he said, praising Indonesia as a country that had maintained a level course in the wake of the 2002 Bali bombings, which killed 202 people from more than 20 countries.

“Indonesia deserves a tonne of credit for not overreacting since 2002. They have shown considerable restraint, knowing that any overreaction plays into the hands of militants.”

However, Abuza expressed concerns over Malaysia. He said that while the country had been spared most terrorist attacks, any successful mass casualty attack there, “which would invariably be designed to provoke ethnic tensions”, might spark such an over-the-top response.

Among the analyst community, there are worries that Malaysia is at risk of attacks from Isis. Mohamed Faizal, a visiting fellow at the ISEAS-Yusof Ishak Institute in Singapore, said the Taliban’s return to power in Afghanistan, which won praise from the Pan-Malaysian Islamic Party (PAS), had exposed Malaysia to Isis as the terror group was a sworn enemy of the Taliban.

ALSO READ: 20 years after 9/11, is Southeast Asia's feared militant group Jemaah Islamiah on the cusp of a revival?

“This open support of PAS for Taliban will surely be observed by Isis-K. This might drag [Malaysia] into unnecessary fight between the Taliban and Isis-K,” he said, referring to Islamic State Khorasan, the group behind the deadly August 26 attacks on the Kabul airport.

Colin Clarke, director of policy and research at The Soufan Group intelligence and security consultancy, said Isis-K was a Salafist group, while the Taliban adhered to Deobandi Islam – but while the former was ideologically rigid, it did not mean the latter was moderate in any way.

“They are just two different variations of extreme, fundamentalist Islam. They are sworn enemies, and Isis-K has been accusing the Taliban of being sell-outs because they coordinated with the US and engaged in political negotiations,” he said.

Faran Jeffery, deputy director and head of the South Asia desk on terrorism at the Britain-based Islamic Theology of Counter Terrorism think tank, expects to see Isis-K carry out more attacks on the Taliban now that the US forces have completed their withdrawal.

“Currently, Isis-K is operating mainly in the form of cells in Afghanistan. It doesn’t have the capability at the moment to carry out conventional military attacks against the Taliban, but it can wage guerilla warfare,” he said.

“With foreign forces and the previous regime in Kabul gone, Isis-K has only one target left to attack, and that’s the Taliban.”

Clarke estimates Isis-K has between 1500 and 2200 fighters for now, though he expects the group’s numbers to rise “given the level of interest in Afghanistan by foreign fighters, especially now that the US military has withdrawn”.

The threat of JI

Analysts see the resurgent JI, the Southeast Asian branch of al-Qaeda, as the biggest terror threat in Indonesia. JI staged its last attack in 2011, when a suicide bomber detonated an explosive device at a mosque attended by police officers in Cirebon, West Java.

Iwa Maulana, a researcher at the Centre for Detention Studies in Jakarta, said while the group was not actively planning terror acts – unlike Jamaah Ansharut Daulah, the Indonesian affiliate of Isis – JI’s capacity in terms of experience, qualifications, organisation, and the skill of its members far exceeded those of pro-Isis groups.

“The more capable a group, the greater its ability to carry out attacks which cause great destruction,” Maulana said of JI, which has in recent years also sent members to Syria to train with the al-Qaeda-linked Nusra Front. 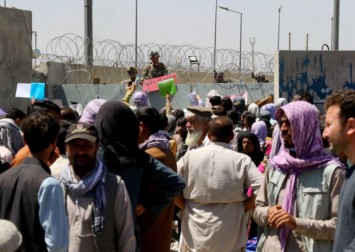 Over the past two years, Indonesian special counterterrorism squad Detachment 88 (Densus 88) has arrested 242 suspected JI members, and the number of those taken into custody “keeps increasing year by year”, according to Aswin Siregar, the unit’s operations chief.

He estimated there were now more than 6,000 JI members, some of which were in sleeper cells.

“[JI] likes to exploit chaos, poverty, political and economic turmoil, rally the opposition, and approach vulnerable groups,” said Sofyan, who spent five years in an Indonesian prison for helping to arm terror groups. He was released in 2015 and now helps the country’s efforts in countering violent extremism by sharing his knowledge at seminars.

Indonesian police arrested JI’s leader Para Wijayanto in 2019 and discovered he had transformed it from a group funded by donations and robberies into an organisation with business interests in palm oil plantations, hotels, gyms, and more.

Maulana of the Centre for Detention Studies in Jakarta said a new candidate to lead JI had been named by the organisation, but his identity was still unknown.

Abuza from the National War College said the southern Philippines remained the weak link to regional security in Southeast Asia.

“Sadly, the Philippines will continue to be a draw for foreign fighters,” said Abuza, adding that corruption within the Philippine security forces remained a problem. 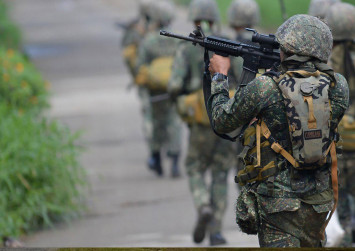 Rommel Banlaoi, chairman of the Philippine Institute for Peace, Violence and Terrorism Research, said the greatest threats were from pro-Isis groups, particularly the Abu Sayyaf Group in Sulu, which was committed to mounting suicide attacks, apart from roadside bombings and assassinations.

He also warned of threats from remnants of the pro-Isis Maute group that took over Marawi city on Mindanao island in 2017, sparking a five-month armed conflict. It was Isis’ most serious assault in Southeast Asia, unsettling governments across the region.

Meanwhile, Singapore’s Internal Security Department (ISD) expects social media to continue to play a key role in the radicalisation and recruitment of individuals to overseas conflict zones, including Afghanistan.

In an emailed response, the ISD said the island nation would not hesitate to take action against anyone engaging in, inciting, or condoning terrorism and armed violence.