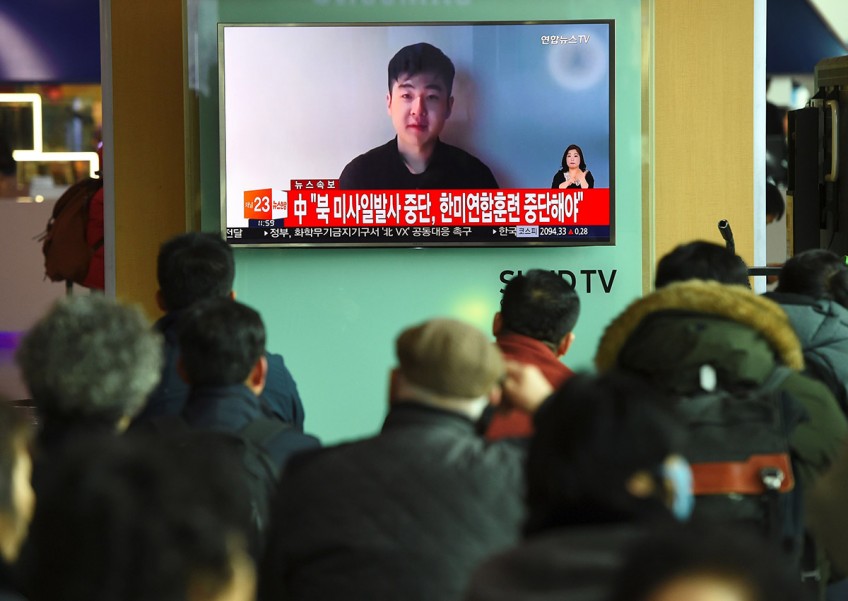 The 45-year-old, who was living in exile in the Chinese territory of Macau, was poisoned with the lethal nerve agent VX in a brazen Cold War-style assassination on February 13 in Kuala Lumpur International Airport.

Seoul has blamed Pyongyang for his death, but the North has rejected those claims and has never confirmed the identity of the victim, who was carrying a passport bearing the name of Kim Chol when he was attacked.

Malaysia officially confirmed his identity on Friday, later revealing that authorities used his fingerprints and a DNA sample from one of his children to do so.

Deputy Prime Minister Ahmad Zahid Hamidi on Thursday revealed that the sample was "taken from the son... who is living abroad".

Read also: Where in the world is Kim Jong Nam's son? Not here, Taiwan says

"The DNA was taken and brought to Malaysia and matching was made and we confirmed that the body belonged to Kim Jong-Nam."

Two women - one Vietnamese and one Indonesian - have been arrested and charged with the murder. Airport CCTV footage shows them approaching the victim and apparently smearing his face with a piece of cloth.

Investigators are also seeking seven North Korean suspects, four of whom left Malaysia on the day of the murder. Interpol has issued an international arrest warrant for the four men.

The police chief has said he believes they fled to Pyongyang while the other three are hiding in North Korea's embassy in Kuala Lumpur.

Pyongyang has denounced the investigation as an attempt to smear the secretive regime, insisting that Kim most likely died of a heart attack.

The killing has triggered a bitter row between Malaysia and North Korea, which have expelled each other's ambassadors and barred their citizens from leaving.

Kim's wife and children, who were living with him in Macau, went into hiding after the murder. He was known to have at least one son, 21-year-old Kim Han-Sol, who some fear could be targeted next.

In what may be the first comments by the family since Kim's death, a young man identifying himself as Han-Sol appeared in a video that circulated last week. The claim was later verified by South Korea's intelligence agency.

But he did not reveal his whereabouts or offer to claim his father's body, which was embalmed recently to stop it decomposing as it lies in a morgue in Kuala Lumpur.