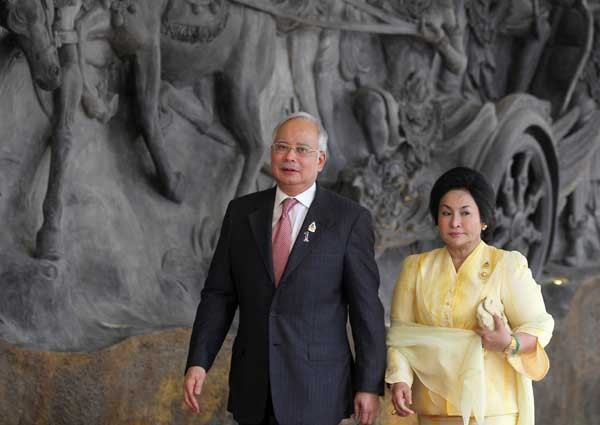 Malaysian Prime Minister Najib Razak is pictured before shaking hands with Chinese Premier Li Keqiang at the Great Hall of the People in Beijing on May 13, 2017.
AFP

Malaysian Prime Minister Najib Razak has landed in Bali for a five-day vacation with his family.

Antaranews.com reported that the airplane carrying the Malaysian entourage landed at around 1 p.m. in I Gusti Ngurah Rai International Airport.

"There was no airport closure, but we prioritised his flight, as we did when Obama arrived," Superman said.

Najib left the airport through the eastern gate, the same one used by Obama and Saudi Arabian King Salman bin Abdulaziz Al Saud during the latter's vacation in March.

No further information was provided regarding Najib's holiday destinations. The prime minister's party is scheduled to leave the island for Perth, Australia, on Friday.