Malaysian police took statements from N Koreans before they left 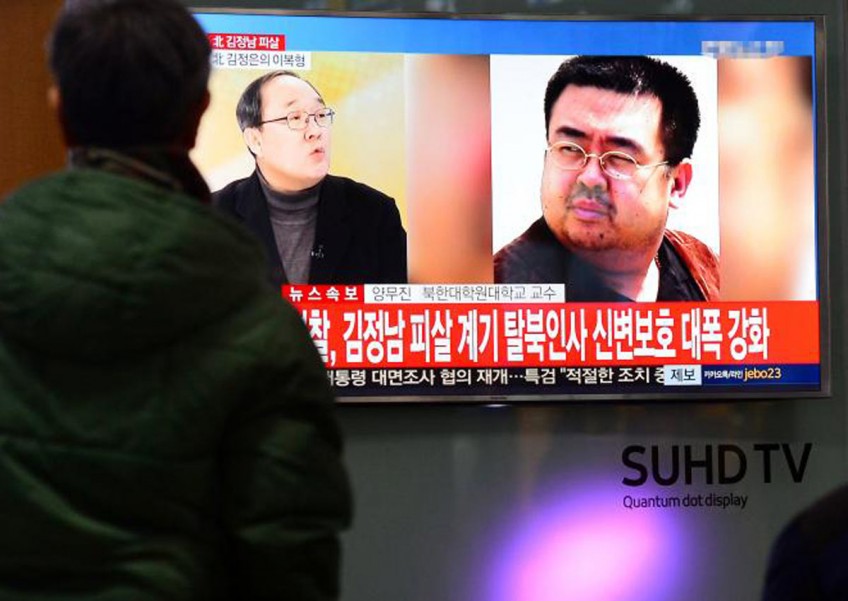 An Indonesian woman, alongside a Vietnamese woman, is alleged to have killed Kim Jong Nam by wiping across his face a substance that authorities have identified as VX nerve agent.
Reuters

KUALA LUMPUR - Malaysian police took statements from three North Koreans wanted for questioning in the murder of Kim Jong Nam before they were allowed to leave the country along with the body of the victim, police chief Khalid Abu Bakar told a news conference on Friday.

Kim Jong Nam, the half brother of North Korean leader Kim Jong Un, was murdered at the Kuala Lumpur International Airport on Feb. 13 by assassins using VX nerve agent, a chemical so lethal that it is on a U.N. list of weapons of mass destruction.

The North Korean embassy in Kuala Lumpur initially said the victim was Kim Jong Nam, but identified him the next day as Kim Chol, the name given in the dead man's passport, the police chief said. Since then, North Korea has maintained that the dead man is not Kim Jong Nam.

The three North Koreans and the remains of Kim Jong Nam returned to North Korea on Friday via Beijing in a swap deal that saw nine Malaysians allowed to return home from Pyongyang.