Man in China rapes flat mate and stuffs her into suitcase 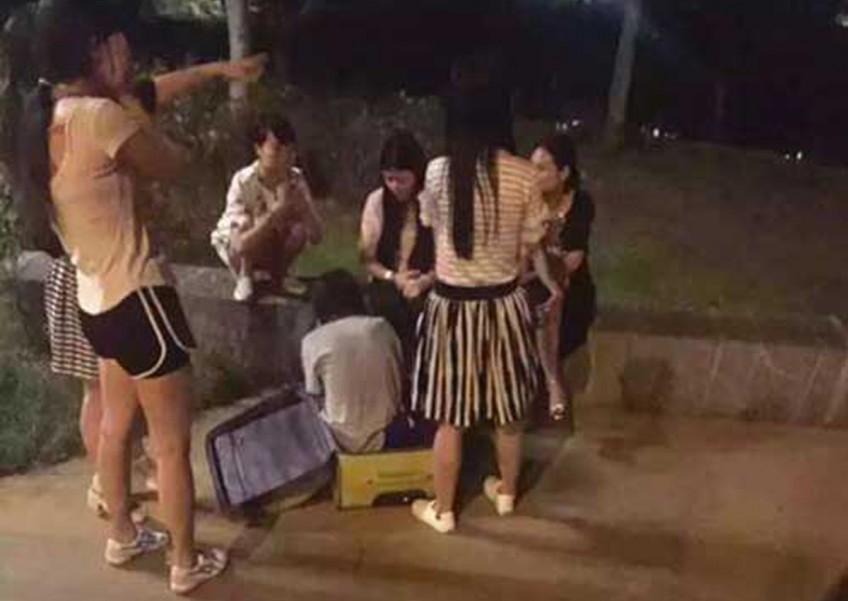 The rapist had put his victim into a suitcase and intended to get rid of it after the woman passed out in the assault. He abandoned the suitcase and jumped into a nearby lake when the victim woke and her cries for help drew the attention of passers-by.
Internet

The latest rape case in China, where a young woman was raped by her flat mate, puts the safety of women under the spotlight.

The woman was found locked up in a suitcase, naked, near a lake in Xiangtan, Central China's Hunan province, on Monday evening.

A group of college students opened the case and dressed her.

After police investigation, it was revealed that she had been raped by a 23-year-old man, surnamed Pan, who shared a flat with her.

The perpetrator had put her into a case and intended to get rid of it after the woman passed out in the assault. Pan abandoned the suitcase and jumped into the lake near where the victim woke - her cries for help had drawn the attention of passers-by.

The escaped perpetrator was later arrested in the lake by police. After a video clip about the woman's rescue was uploaded onto China's micro blog site Sina Weibo, the news hashtag #naked woman locked up in suitcase# attracted more than 100 million views.

It outraged many netizens and sparked calls for women to raise their safety awareness.

Some expressed sympathy for the victim. "Heart broken. Girls should protect themselves well," said one netizen.

Others called for harsh punishment on violators. "Death penalty on rapists would greatly improve women's safety," a netizen remarked.

In China, offenders in a sexual assault face at least three years in prison and the death penalty if the violation is serious.