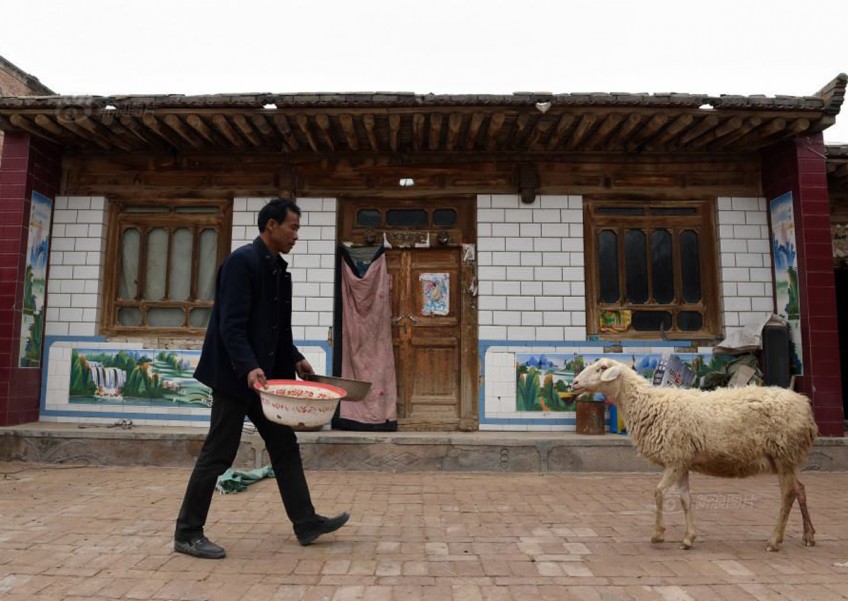 Talk about a solitary existence.

A man has lived by himself in a remote village in China for the past ten years - with only his sheep for company.

According to CCTVNews, Liu Shengjia has been living alone in the Xuenshanshe village in the Gansu Province since the death of his mother and younger brother, who he had taken care of while other villagers had either died or moved away in 2006.

The village's depleting natural resources has been cited as a reason for the villagers' relocation.

CCTVNews also reported that after the demise of his loved ones, Liu "started breeding sheep to occupy himself, and gradually managed to adapt to a quiet and reclusive lifestyle".

However, the downside of living alone is that he has to travel far for food and water, including carrying water for long distances.

But on the plus side, he gets to move as many times as he wants, even though the houses still contain relics of previous occupants.

Apart from breeding sheep, Liu also safeguards a nearby forest to make money.

"Surviving here is not a problem for me, but I still prefer to move to a more populous area when the time comes," he said.