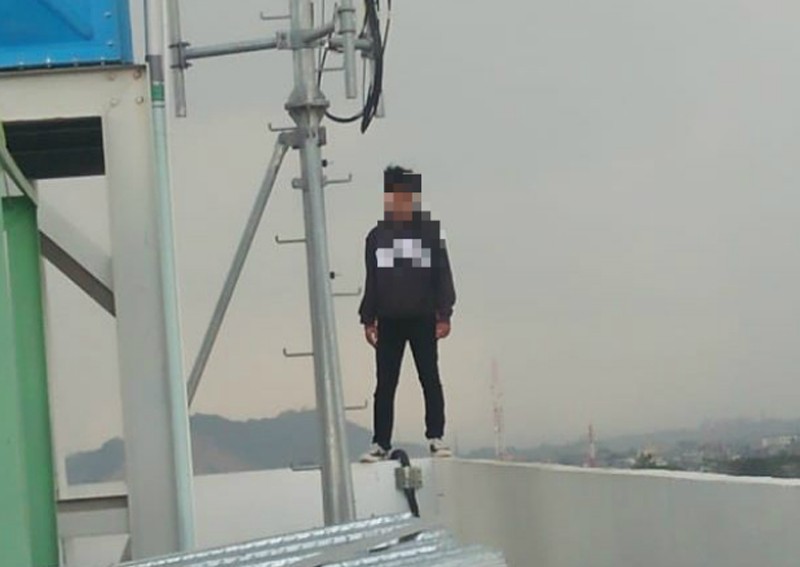 A young man, identified as TSR, has died after jumping from the roof of a supermarket in Bandarlampung, Lampung, on Friday, at around 4 p.m.

TSR, 21, has been identified as a resident of South Lampung regency and a student at a state university in the province.

A video of the tragic incident has been circulating on social media, in which some people appear to be trying to encourage the young man to jump.

Before jumping from the top of the building, TSR was recorded by a person in a car, who was laughing and saying "Jump off! Jump off!".

A woman in another video also said, "He really ended up jumping off because we convinced him to do so!"

Heni, who also witnessed the incident, told kompas.com that she had tried to ask for help from a security guard at the supermarket as well as store employees to use the store's mattresses to break the young man's fall and prevent him from harming himself. However, they reportedly did not want to take action.

"I also saw a man dressed in black who I thought was trying to persuade the young man not to jump. But, it turns out he just took a picture of him," she said on Friday.

After the fall, Heni said people covered the body with cardboard.

"A man was telling others to look for newspapers, cardboard boxes and not to touch the body. He told the people there to just wait for the police," she said.

Heni questioned why the people who witnessed the incident did not show empathy.

"They were busy documenting and spreading it on social media," she said.