Man ordered to pay $9,020 to ex-employer for doctored resume 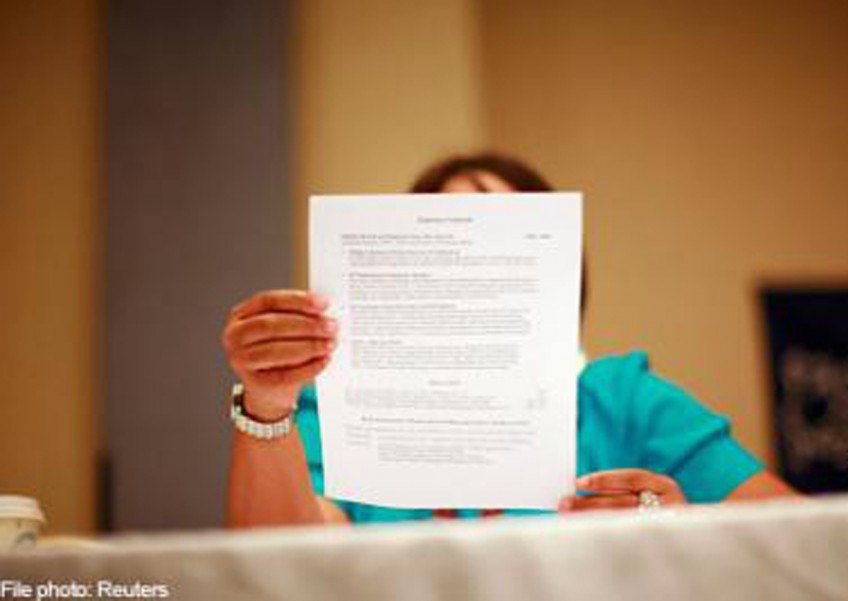 TAIPEI, Taiwan - The Taiwan High Court on Thursday ordered a man to pay NT$210,000 (S$9,020) to his former employer for working under false credentials including graduate coursework at National Tsing Hua University.

The man, surnamed Tseng, had submitted a doctored resume in 2011 to apply for a software design engineering position at Bison Electronics Inc., a camera modules manufacturer.

The Taiwan High Court has ordered Tseng to pay the difference between what he was paid during his employment and what he should have been paid based on his real credentials.

According to the ruling, Bison Electronics hired Tseng as a software design engineer in 2011 and fired him in June 2012.

Tseng had applied for the position using a resume that listed an incomplete graduate degree from National Tsing Hua University's Department of Computer Science, along with a year's work experience.

Because he performed poorly, Bison Electronics conducted an inquiry and found that Tseng had doctored portions of his resume including his educational background.

After firing Tseng in 2012, the company demanded payment of NT$210,000 on the grounds that he had been overpaid on the basis of falsely reported academic credentials.

The plaintiff argued that Tseng, who in reality held an undergraduate diploma from a private university, should have received a starting salary of only NT$29,000 a month.

Instead, he was paid NT$46,000 a month during a probationary period and then promoted to product manager on a salary of NT$48,000 a month, the tech firm said.

The Taiwan Shilin District Court had ruled in Tseng's favour, saying that educational attainment does not share a direct relationship with salary.

Bison Electronics appealed to the Taiwan High Court, which overturned the lower court on Thursday and ordered Tseng to return NT$15,000 a month of overpay for 14 months for a total of NT$210,000.

The latest verdict cannot be appealed.

Leaders of the Pay Schedule

Justices of the Taiwan High Court said that educational background, work experience and English language ability were important factors behind a decision to hire an employee.

The Taiwan High Court said the company's policy on salary stated a clear relationship between salary and educational attainment.

Tseng had previously made headlines for hitting and killing a college student while driving. Last November, he was sentenced to a year and a half behind bars for negligent homicide.